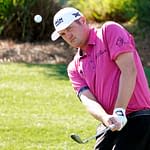 Looking for a way to learn PGA DFS without jumping in with both feet? We have a perfect solution for you. This year Yahoo and Yahoo Fantasy are offering a $10,000 freeroll called the PGA “Yahoo Cup.” This contest awards a winner for weekly events and one winner at the end of the season who has the most cumulative points. Just four weeks left to in the season and the winner will receive $1,000 at the end of them. Ultimately, winning the Yahoo Cup comes down to picking the right golfers. Today I will provide my top three value PGA DFS picks based on Yahoo salary, a couple of lineup fill-ins, and two different fantasy golf lineup variations for making PGA picks this week at the Tour Championship.

Here is the lineup I used last week and the three top values. Going with all three of the minimum-priced golfers did not really pan out, as Cameron Champ was a major letdown. Aaron Wise provided a solid return, but not having Patrick Cantlay in the lineup was the determining factor.

McIlroy has five starts here at East Lake over the last six years, all of which have resulted in a top 10, including two wins. He is starting down the leaderboard a bit, with a starting score of 2 under, but so is Xander Schauffele, who is $14 more. He is also coming in off one of his best weeks in quite some time, firing on almost all cylinders. He needs to pick up his iron play this week, and if he does, he could climb into the top 10 come Sunday.

One of six minimum-salary golfers this week, Kokrak comes into the week hot off a 66 on Sunday at the BMW Championship. His putter woke up and ball striking remained solid, something that will have to happen again this week for him to have a good finish. If he is among the top five in greens in regulation for the week and has his putter is working, then this salary will be laughable by the end of the week.

Starting in first place with a 2-shot lead should automatically give one the highest salary. But it has not; Cantlay’s salary is No. 7 on the board, and with his form as good as it is, that is something to take advantage of. Sure, he had his best putting week ever, but his ball striking has been in form the last few weeks as well.

The 2021 Fantasy Football season is almost here, so make sure you’re dialing in your mock drafts and draft boards with our FREE Fantasy Football Rankings. These are the rankings that Alex Baker himself uses — and created — for his own fantasy football leagues. Our 2021 rankings encompass everything from Half-PPR, Full-PPR, Standard, Dynasty and Rookie Dynasty leagues, with expert data and player profiles for every player you have questions on. Check out Awesemo’s rankings and win your league.

With only 30 golfers in the field this week, it is hard to make a balanced or aggressive build. Starting with the three top values suggested above allows the lineup to go all the way up to the top with Jon Rahm or add three golfers around $40. An aggressive stance would be to add another minimum-priced golfer like Erik van Rooyen or Sergio Garcia and get any combination of two golfers in the field.