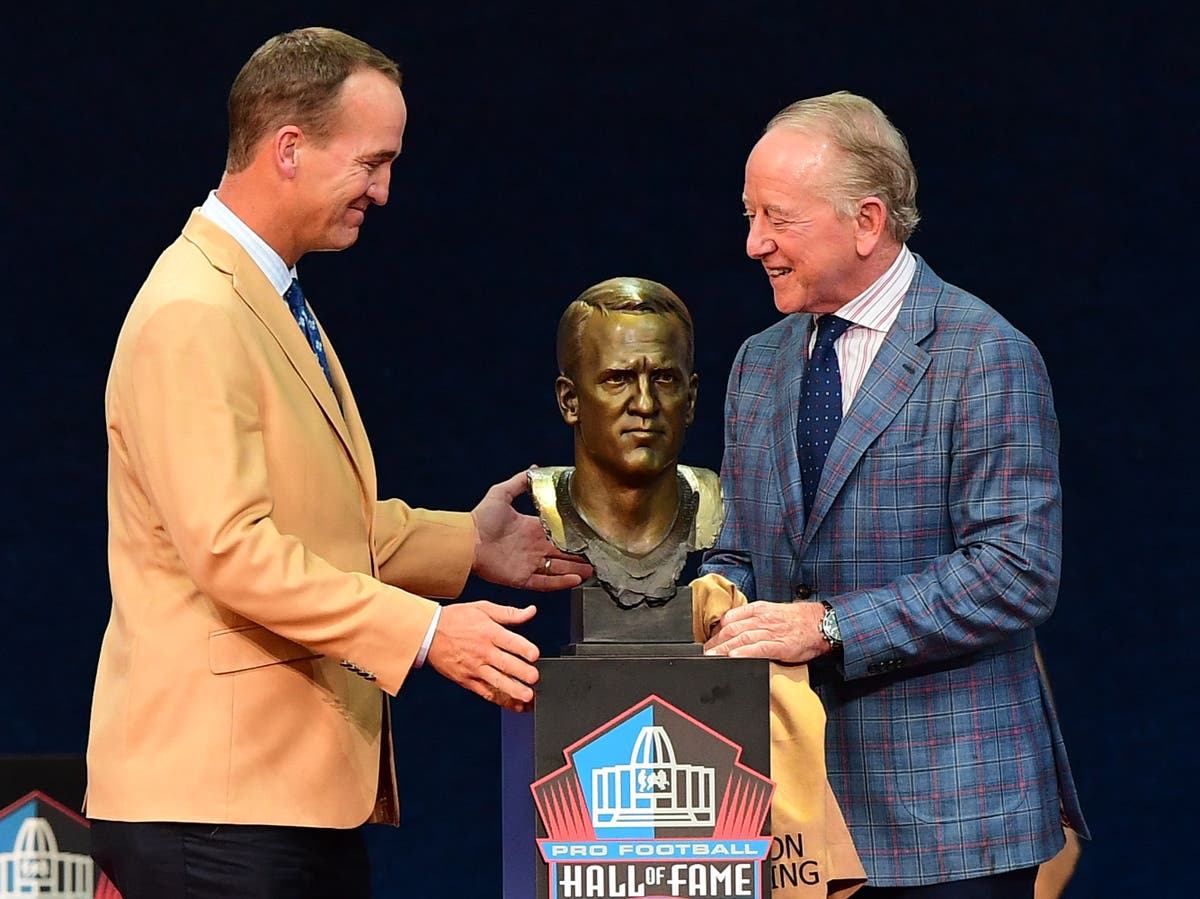 As Peyton Manning was enshrined into the Pro Football Hall of Fame in Canton, Ohio, many social media users mocked his bust.

The sculpture was met with ridicule as some argued that it barely resembled the NFL star with some saying it looked like the defensive end for the Arizona Cardinals JJ Watt and others comparing it to the widely derided bust of Portuguese football star Christiano Ronaldo.

To avoid the lengthy speeches of the past, inductees were only allowed between six to eight minutes to speak.

“The 2021 induction class wants to thank those previous inductees who gave long-winded acceptance speeches,” Mr Manning said. “Forcing us to have a whopping six minutes to recap our football careers.”

“I want to give a special thanks to my old rival Ray Lewis for being here. Ray just finished his speech that he started in 2018,” Mr Manning joked about the 33-minute speech by the linebacker.

“By the time Tom Brady is inducted in his first year of eligibility in the year 2035, he will only have time to post his speech on his Instagram account,” Mr Manning said about the 44-year-old quarterback for the Tampa Bay Buccaneers. To be eligible for a nomination, a player or coach has to have been retired for at least five years.

Mr Manning’s father Archie Manning played in the NFL for 13 seasons and served as his presenter during the Sunday ceremony.

“Football carved out a place for my favourite quarterback, my hero, my role model, my dad Archie Manning to pass on something he loved to me,” Mr Manning said.

He also thanked his “beloved alma mater, the University of Tennessee, (which) helped grow me as a man and refine my skills”.

When he retired in 2015, he was the all-time passing leader with 71,940 yards and 539 touchdowns but he has now slipped to third place behind Mr Brady and Drew Brees.

Twitter users were quick to mock the bust of Mr Manning.

Photoshopped images of the bust with an elongated forehead also made the rounds on the social media platform.

Others compared it to the bust of Portuguese football star Christiano Ronaldo.