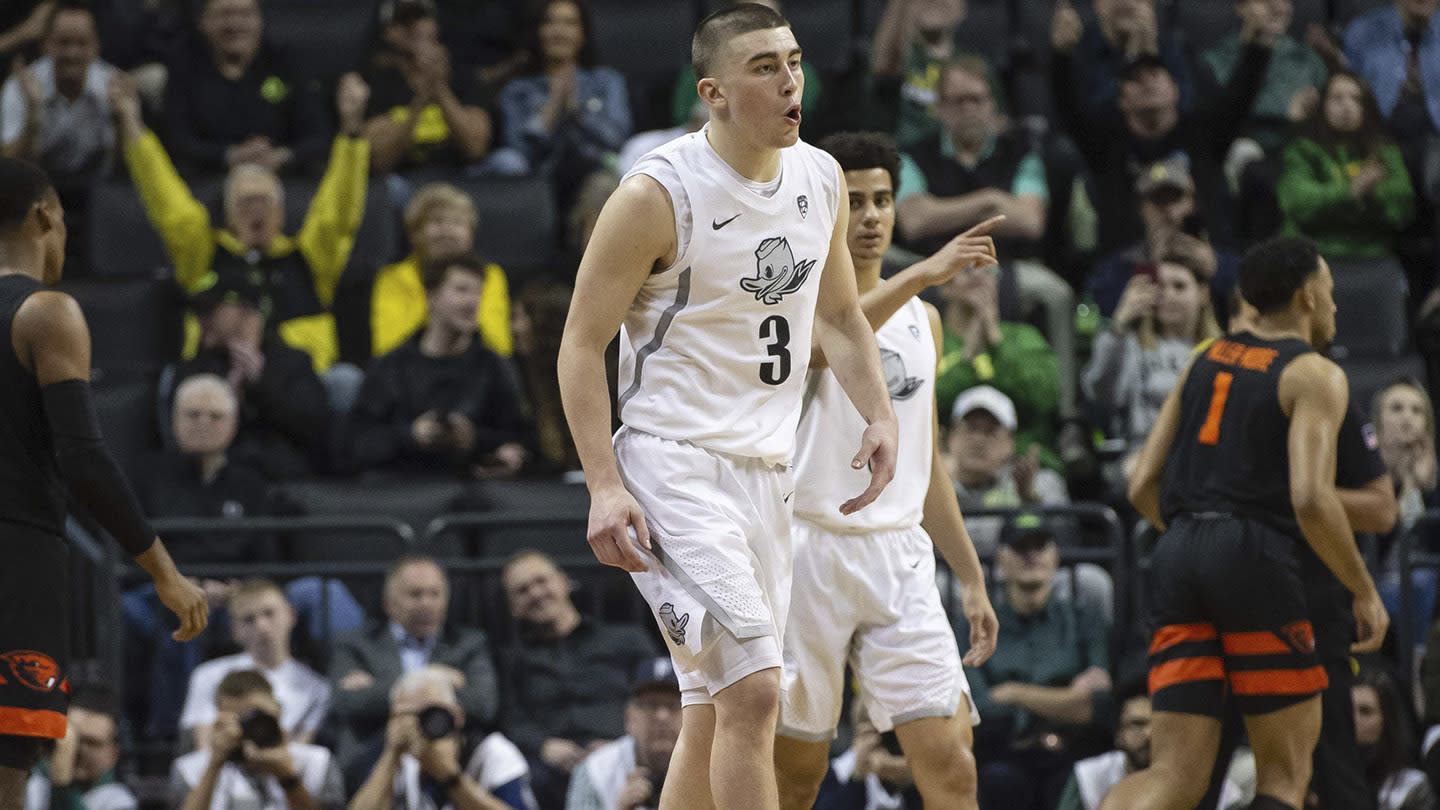 Payton Pritchard is an NBA player.

The Boston Celtics selected Pritchard with the 26th overall pick in the 2020 NBA Draft to be a point guard off the bench for Brad Stevens.

NBC Sports NW Blazers Insider Dwight Jaynes and Talkin’ Blazers co-host Channing Frye discussed the potential for Pritchard to make a difference in the NBA on the latest episode of Talkin’ Blazers.

Jaynes mentioned that multiple scouts didn’t see Pritchard as an NBA player before his breakout senior season, where he won Pac-12 Player of the Year, the Bob Cousey Award, and was a First Team All-American.

«He’s really surprised me with how much he’s improved this season,» said Jaynes. «He’s shown the ability to get in the gym, work hard, and get better.»

«He’s always taken what people have said and not taken it [personally], and then put in the work,» added Frye.

«He has become a pretty good shooter and a good clutch shooter,» said Jaynes. «If he can continue on that curve… he’ll play more.»

Pritchard shot 41.5% from three-point range on 6.8 attempts per game for Oregon as a senior.

Channing Frye admitted he’s more «emotionally involved» given he’s worked out with Pritchard since he was in middle school, but he sees a future in the NBA as well for the Oregon graduate.

«Can he shoot? Is he going to work hard? Is he good for your roster? All that, yes,» said the former Trail Blazer.

But for Frye, the largest question mark comes from if Pritchard can transform his body into an NBA physique.

«I think him physically, is the biggest issue,» explained Frye. «Physically, he’s not the fastest. So he’s going to have to be crafty. Now how he buids that craft, is by getting stronger and keeping guys on his hip and making the right plays. Now that’s one thing about him that he does all the time, is that he makes the right plays.»

Dwight Jaynes also thinks Pritchard can find a role in the NBA as a contributor off the bench.

«I see him though as a kind of, off the bench, sparkplug guy who plays hard, will give you maximum effort and make an open shot once in a while.»

With Kemba Walker as the starting point guard in Boston, the Celtics will want Pritchard to come off the bench and contribute in spot minutes but he’ll need to beat out Jeff Teague who signed the bi-annual exception with Boston this weekend.

But one thing’s for sure, no one will outwork Payton and he hasn’t come this far not to leave his mark.