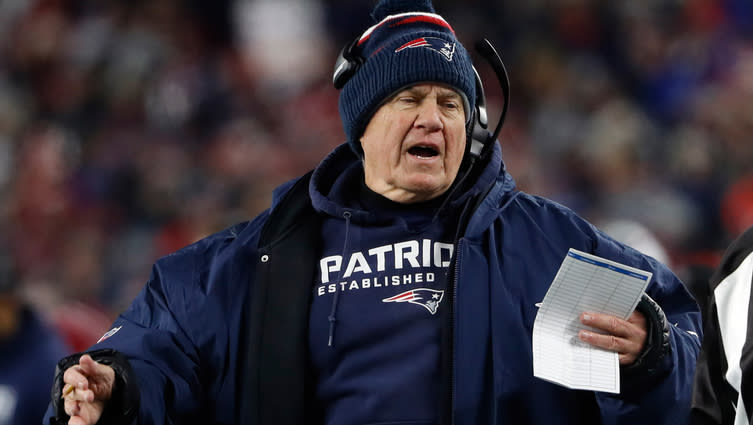 The New England Patriots head coach surprised everyone Tuesday by popping up in Branford, Conn., to film a Subway commercial.

Twitter already made Belichick into a meme for drinking orange juice at the 2013 NFL Annual Meeting, and it happily did the same for Belichick the Subway pitchman.

Even Patriots wide receiver Mohamed Sanu got in on the Belichick meme action via his Instagram story.

Here’s more of Twitter having a grand old time with the Belichick Subway photos:

BB: Yeah … I don’t know. Look, every sandwich is different. Bread, meat, lettuce, some other vegetable combination. I’m not saying it was bad, I’m not saying that. But it was what it was. And I’m on to the next.https://t.co/hrsg55WLm7 pic.twitter.com/QL1SOMwRFW

Belichick has made plenty of «cold cuts» during his time with the Patriots, so this might be a perfect sponsorship for the legendary head coach.