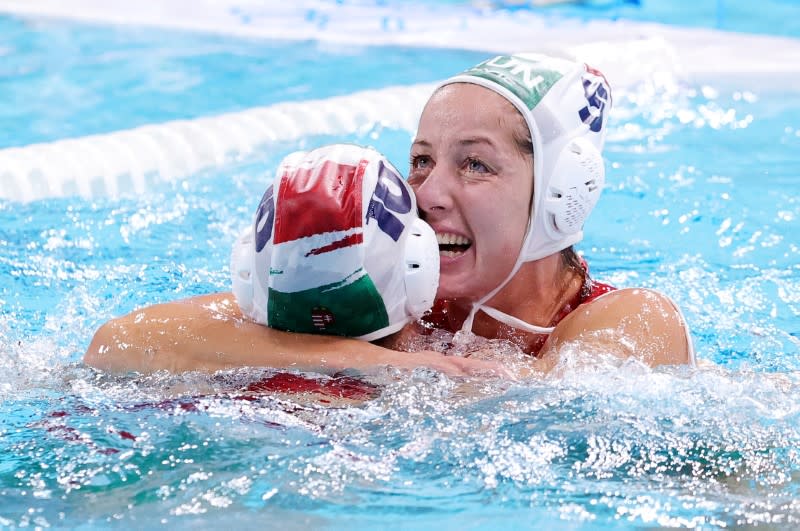 The Hungarians, who had never finished on the women’s water polo podium, won their first Olympic medal in style, with goalkeeper Alda Magyari scoring into an empty net with four seconds left as all the ROC players pushed up into attack.

Magyari, who also made 10 saves, was one of eight Hungarian players who found the net, with wing Vanda Valyi top scoring with three goals.

The ROC trailed by two goals at the halftime interval but fought back to take an 8-7 lead at the end of the third quarter.

Valyi drew the Hungarians level at 8-8 with her third goal and Greta Gurisatti extended the lead, before Anna Timofeeva fired in an ROC equaliser with just under five minutes remaining.

Anna Illes scored with three minutes, 36 seconds left to give Hungary a single-goal advantage before Magyari wrapped up the victory with her long-range shot.

(Reporting by Sam Nussey in Tokyo and Simon Jennings in Bengaluru; Editing by Michael Perry)