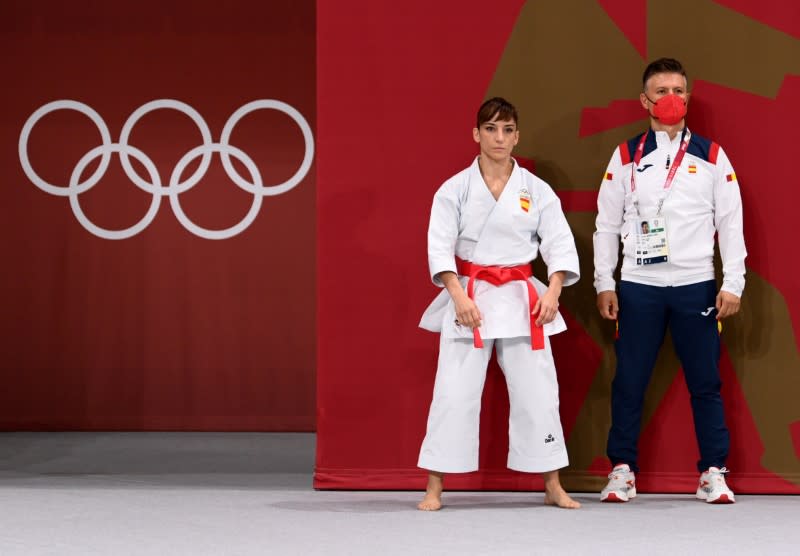 TOKYO (Reuters) – Karate had its long-awaited moment at the Tokyo 2020 Olympics last week but does it deserve a place in future Games?

That is the question that will follow the Japanese martial arts’ governing body as it continues the quest for karate to be included once again in the world’s top sporting event.

When Olympic organisers rejected karate’s bids in the past – including for the Paris Games in 2024 – they found the sport lacked entertainment value and the ability to attract a younger audience.

Paris will add breakdancing instead, a snub that shocked the World Karate Federation https://www.reuters.com/article/olympics-2020-kte-idCNL4N2PB1ZJ given karate’s popularity in France, where the Olympics will have surfing, climbing and skateboarding carried over from the Tokyo Games.

If youth is what the Olympics are after, it is easy to see why karate is a hard sell.

In the discipline’s solo «kata» category, where competitors perform a series of fixed defensive and offensive moves against a virtual opponent, the average age of the 21 competitors was 30. The women’s kata gold medallist, Sandra Sanchez, is 39 and became Spain’s oldest Olympic champion.

In contrast, teenagers hauled in three of the four gold medals in skateboarding, one of two in climbing and two out of eight in taekwondo, perhaps karate’s closest rival at the Olympics.

One might also ask whether the Games needs another combat sport. Judo and taekwondo were added inside the last six decades to the more-than-century-old disciplines of wrestling and boxing.

To the casual observer, karate’s other category, «kumite», or sparring, could look like a game of tag, with competitors spending much of the time bouncing on their toes and staring at each other, looking for an opening.

When that split-second punch or kick comes, it happens so fast that the clock is frequently stopped for video replays.

If there was a perception that karate was hard to follow and enjoy, a telling moment came in the tournament’s final bout. What looked like a perfect, Hollywood-movie karate kick by Saudi Arabian Tareg Hamedi disqualified him, awarding the gold medal to his unconscious opponent https://www.reuters.com/lifestyle/sports/karate-japan-loses-5th-competitor-kumite-contest-araga-still-2021-08-07.

Another head-scratcher happened a day earlier in the final between Serbia’s Jovana Prekovic and China’s Yin Xiaoyan.

With the gold medal at stake, the single, three-minute bout ended in a scoreless draw and the match went to Prekovic in a «hantei» win when judges decided she had the better form.

Prekovic looked as surprised as anyone when her name was called out as the winner.

«I didn’t believe (it and) I wanted to see what happened,» she said when asked about that moment. «I didn’t see the judges and when I turned back I saw that I got gold.»