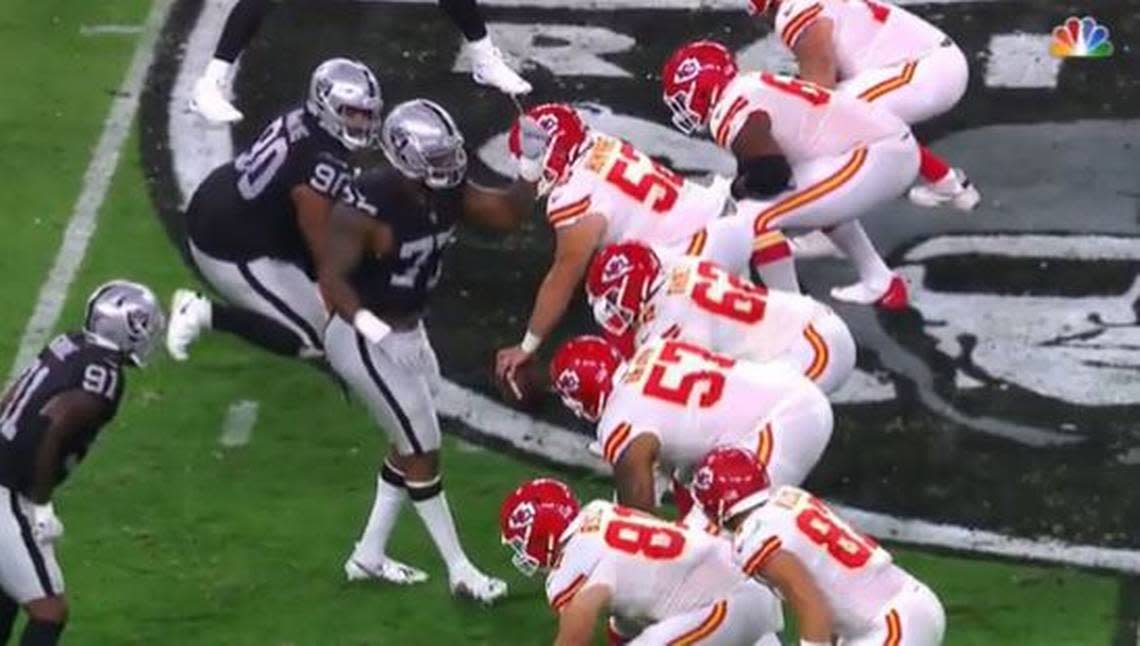 You never know what you might see in a football game, but this might have been a first during the Chiefs’ game Sunday against the Raiders in Las Vegas.

The Chiefs were about to snap the ball from the Raiders’ 47-yard line in the second quarter when Las Vegas defensive lineman Quinton Jefferson stepped forward and reached down between Kansas City offensive linemen Orlando Brown and Joe Thuney.

There was nothing nefarious about the move, nor was Jefferson penalized. Jefferson picked up something and had it removed from the field.

“I’ve never seen this,” NBC Sports analyst Cris Collinsworth said. “Hold on a minute and don’t snap the ball. What is that?”

Al Michaels said: “Scissors? I don’t know what it was but it might have been scissors.”

Fans had never seen anything like it and wondered why the scissors were there and how they got there.

Who lost a pair of scissors on the field?

Wait, we just had an NFL play paused to remove … scissors … from the field of play?

Scissors on the field? I’ve seen it all

Did the broadcast just say they thought scissors were on the field??

SCISSORS ON A FOOTBALL FIELD??