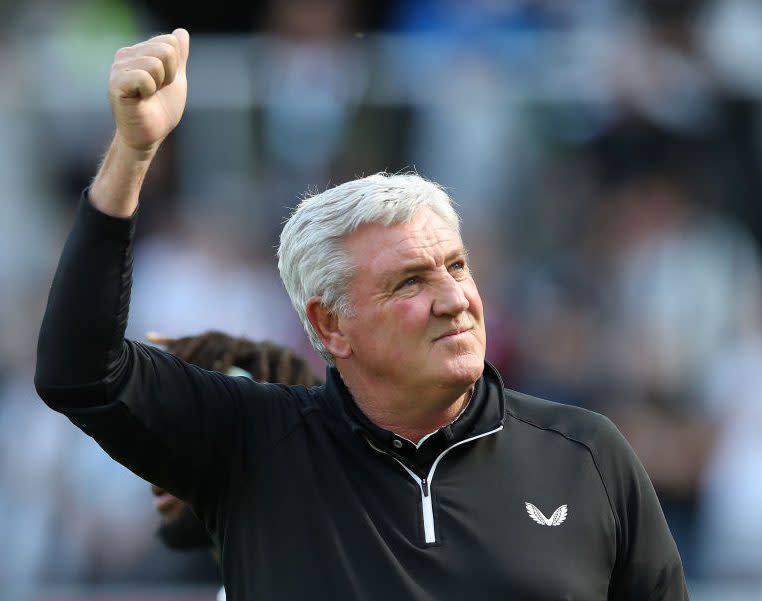 The new owners of Newcastle United have released a statement on manager Steve Bruce, as they confirmed he will take charge of their game against Tottenham on Sunday.

Newcastle host Spurs at St James’ Park (watch live, 11:30am ET on NBCSN and online via NBCSports.com) in what Magpies fans are calling a celebration.

After the $400 million takeover of the club by a Saudi Arabian-led consortium last week, there has been plenty of speculation that Bruce will be fired.

Instead, the boyhood Newcastle fan will take charge this Sunday and this will be his 1,000th game as a manager.

What did Newcastle say?

“Newcastle United can confirm that head coach Steve Bruce will take charge of Sunday’s Premier League fixture with Tottenham Hotspur and in doing so reach his 1,000th professional match as a manager.

Amanda Staveley said: ‘We have had an extremely busy week reviewing the business and getting to know people and it is imperative that we continue to be patient and considered in our approach. Change does not always happen overnight, it demands time and that we follow a carefully considered plan and strategy.

‘We met Steve and the players on Monday and have given them the time and space this week to focus on preparing for what is a very important game on Sunday.

‘Steve has been very professional in our dealings with him and he and his coaching team will take the team on Sunday. If we make any changes going forward, Steve will be the first to know but, in the meantime, we wish him the best of luck in his 1,000th match as a manager and will be joining you in getting right behind the team.

‘Thank you for the warm welcome you have given us. We can’t wait to be at St. James’ Park with you.’

How much longer will Steve Bruce be in charge?

Bruce, 60, has never been a fans’ favorite at Newcastle but he has done the job he was brought in to do.

Mike Ashley, the previous owner, wanted Bruce to keep Newcastle in the Premier League and he’s done that over the last two seasons. They haven’t been fun to watch, but they’ve ground out results.

Nothing more, nothing less.

With Newcastle currently sitting second from bottom in the table and yet to win after seven games this season, it seems like Bruce will soon be out.

The statement references his 1,000th game as a manager and the point from Staveley saying ‘if we make any changes going forward, Steve will be the first to know’ is ominous for Bruce.

As for who will replace him, there is a lot of work to be done on that front as Ralf Ragnick could come in as a sporting director and then appoint a manager thereafter. Top managers across the world will be lined up by Newcastle and they are clearly heading in a whole new direction.

As for this weekend, Bruce will be in the dugout at St James’ Park.