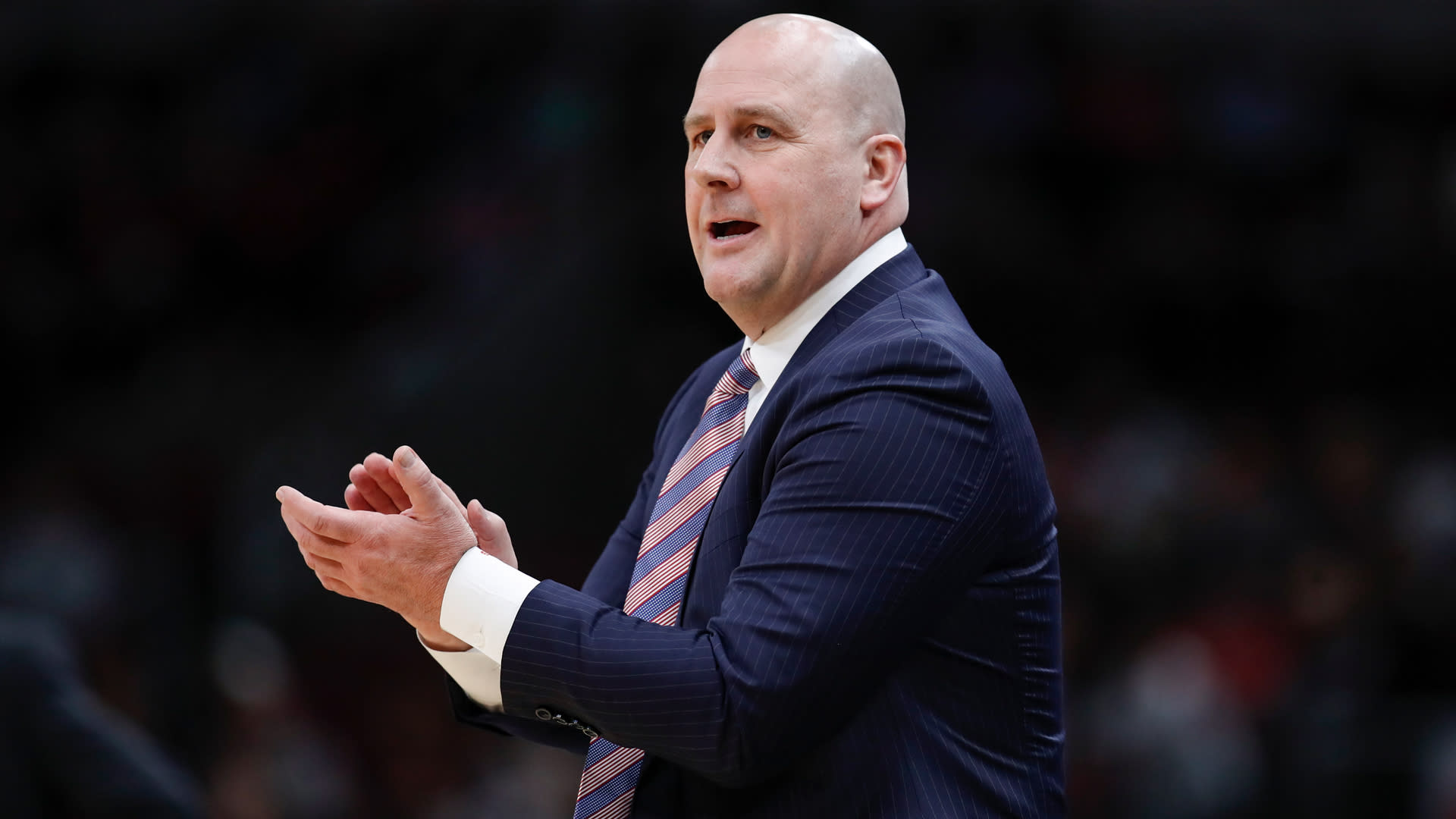 When the NBA went dark on March 11 due to the COVID-19 pandemic, the Bulls got busy.

A front office overhaul that was first reported as a possibility during All-Star weekend in Chicago kicked into overdrive during the league’s hiatus with the hiring of Arturas Karnisovas as executive vice president of basketball operations and Marc Eversley as general manager, the firing of Gar Forman and the re-assigning of John Paxson to an advisory role.

It’s the dawn of a new era in Chicago. Energy is palpable throughout the fanbase. Bulls players have expressed enthusiasm for the direction of the franchise, as well.

And around the league, competitors have taken note. Take it from NBC Sports NBA insider Tom Haberstroh, who stopped by the Bulls Talk Podcast recently to discuss the league’s impending restart, and the state of the Bulls.

«I think it’s a brighter future,» Haberstroh said on the team’s front office changes. «I don’t think any NBA team is happy about what [the Bulls] did, because it means that their lives are going to be a lot harder to win a championship.

«The Bulls have been in a rough spot over the last several years, just trying to rebuild after the Tom Thibodeau era, and never really quite having an identity. And I think with the change, the identity change with Arturas Karnisovas, he’s shown that he is a people person, he’s a gym rat. He hired Marc Eversley who has a really strong reputation around the league.»

Indeed, the rebuild catalyzed by the Jimmy Butler trade (which yielded Zach LaVine, Lauri Markkanen and Kris Dunn) has yet to fully bloom. The Bulls are just 71-151 since the trade, and poised for a fourth consecutive top-10 draft selection after going just 22-43 in an abbreviated 2019-20 season and being left out of the NBA’s 22-team restart in Orlando, Fla. – a season which began with self-imposed playoff expectations.

That has led to widespread speculation on the future of head coach Jim Boylen. Boylen owns a 39-84 record since taking over for Fred Hoiberg 24 games into the 2018-19 season. He signed a three-year extension in May 2019, and assembled his own staff – headlined by Chris Fleming and Roy Rogers – last offseason.

Haberstroh added that those aforementioned competitors are monitoring the Bulls’ coaching situation closely. For now, as NBC Sports Chicago has reported, Karnisovas is empowering Boylen as coach of the team and withholding final judgements until he is able to observe him in the Bulls’ building and establish a relationship with him. Boylen recently participated in a Juneteenth march alongside Wendell Carter Jr. and other Bulls’ staff, and has been active checking in on players, both individually and on team Zoom calls.

«I think the big question that people around the league are wondering is ‘What is going to happen for Jim Boylen?'» Haberstroh continued. «And I think the head coaching position is going to be a canary in the coal mine for how this is going to be run going forward.

«If Arturas or Marc believe that they need a new voice running the team and they are met with some reservations from either ownership or from elsewhere, do they have the autonomy to make that decision? Or is it going to be a situation where, ‘Hey, we don’t want to pay another head coach, we already have this deal with Jim Boylen, we don’t want to have to pay another coach to be in here.’ I think that’s going to be an indicator of how things are going to be running going forward. So it will be interesting to see. People around the league are very, very impressed (with the hires) that they’ve made. But I do think they want to see how much autonomy, in reality. They can say all they want now in press conferences, but we’ll see when push comes to shove whether they’re going to have full autonomy making decisions about not just the head coach but just everything in the organization.»

«All indications are that they’re going to have that full autonomy. But I think from around the league that is the big question mark, and they’re watching the head coaching position.»

Listen to the full conversation with Haberstroh here or via the embedded player above.

Click here to download the new MyTeams App by NBC Sports! Receive comprehensive coverage of your teams and stream the Bulls easily on your device.