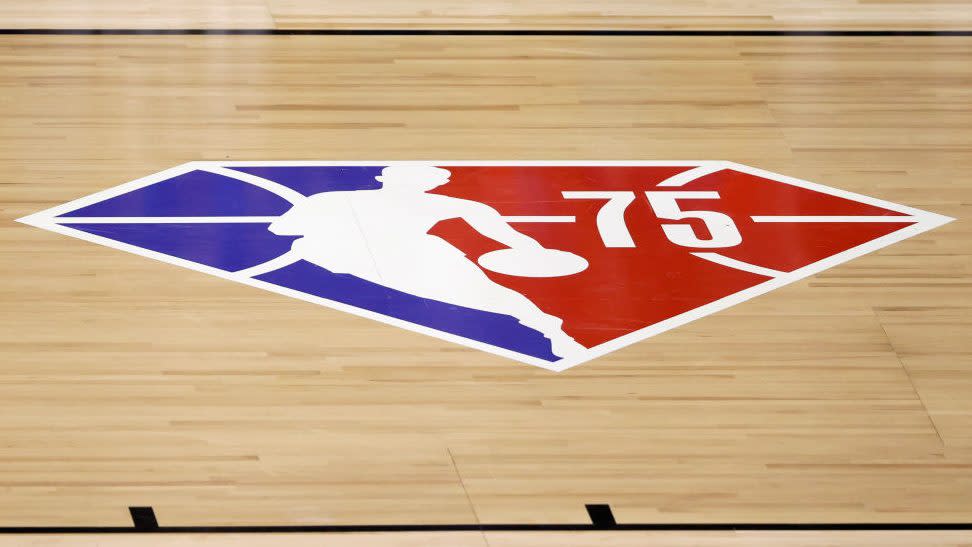 First, two notes on this season:

• Travel is down. Unlike the condensed schedule of last season, the league was back to building some rest into the schedule. No team is scheduled to play four games in five nights, and the number of single-game road trips is down 28% from the last full NBA season. Overall, the average miles traveled by a team this season is 43,000 per season, which is down 3,000 a team compared to the last full season.

• What about COVID? What happens if a team is unable to field enough players for a game due to the coronavirus? Will the games be rescheduled, or will the NBA follow the path of ACC football and say that a franchise that can’t field a team forfeits? The league doesn’t have an answer for that yet. The NBA is still formulating its COVID protocols for the coming season, and those will be announced at a later date.

Now, on to the games you can’t miss:

Watch the first banner go up in Milwaukee since 1971, watch Giannis Antetokounmpo and company get their rings, then watch Kevin Durant try to spoil the party. The ring ceremony is always worth watching (the second game that night, the Warriors at the Lakers, is worth tuning into, also).

The first game in NBA history was the New York Knickerbockers vs. the Toronto Huskies on Nov. 1, 1946. In celebration of that moment, the Knicks will host the Raptors on Nov. 1, 2021, the official 75th anniversary of the start of the NBA.

They faced each other in Summer League and put on a show, but the real first NBA game between No. 1 pick Cade Cunningham and No. 2 pick Jalen Green comes in the fourth week of the NBA season (and on national television, of course).

Luka Doncic putting up ridiculous numbers but not beating the Clippers in a playoff series has become a postseason tradition, and Luka will be looking for some revenge. These games are always entertaining.

Does it get any more high profile than this? Kevin Durant. LeBron James. James Harden. Anthony Davis. Kyrie Irving. Russell Westbrook. Christmas is the day for the NBA to break out its biggest stars and best matchups, and this could well be a start-studded Finals preview (*knock on wood everyone stays healthy*).

The rest of the Christmas Day slate is strong as well: Knicks at Hawks (Trae Young vs. the Knicks is always entertaining), Bucks at Celtics, Suns at Warriors, and Jazz at Mavericks.

The longest winning streak in NBA history is 33 games by the 1971-72 Lakers (Wilt Chamberlain, Jerry West, Gail Goodrich, the team that won the franchise’s first L.A. title), a run snapped by the Atlanta Hawks on Jan. 7, 1972. In honor of that, the Hawks will fly to take on the Lakers on Jan. 7, 2022, the 50th anniversary of the streak being snapped.

Patty Mills was the ultimate San Antonio development project, brought along slowly by Gregg Popovich and company, who helped turn the Australian guard into a quality NBA point guard. Mills has one NBA ring from San Antonio and will return for the first time to the city in a Nets uniform, in which he is chasing another ring.

Kyle Lowry, the face of the Raptors’ franchise for nine years and a key part of the 2019 championship, returns to Toronto in a Heat jersey for the first time.

The last time Milwaukee played a game in Phoenix, they hoisted the Larry O’Brien trophy and soaked the locker room in champagne. The Suns would like some revenge for that. It’s surprisingly late in the season, but this is the first Finals rematch of this coming season. Phoenix visits Milwaukee on March 6.

This game takes place on the 60th anniversary of Wilt Chamberlain’s 100-point game, a contest between Philadelphia and New York. I wouldn’t bet on Joel Embiid equaling that feat.

Russell Westbrook makes his return to Washington wearing the colors of the Los Angeles Lakers. He probably shouldn’t expect a warm and loving embrace from the fans.