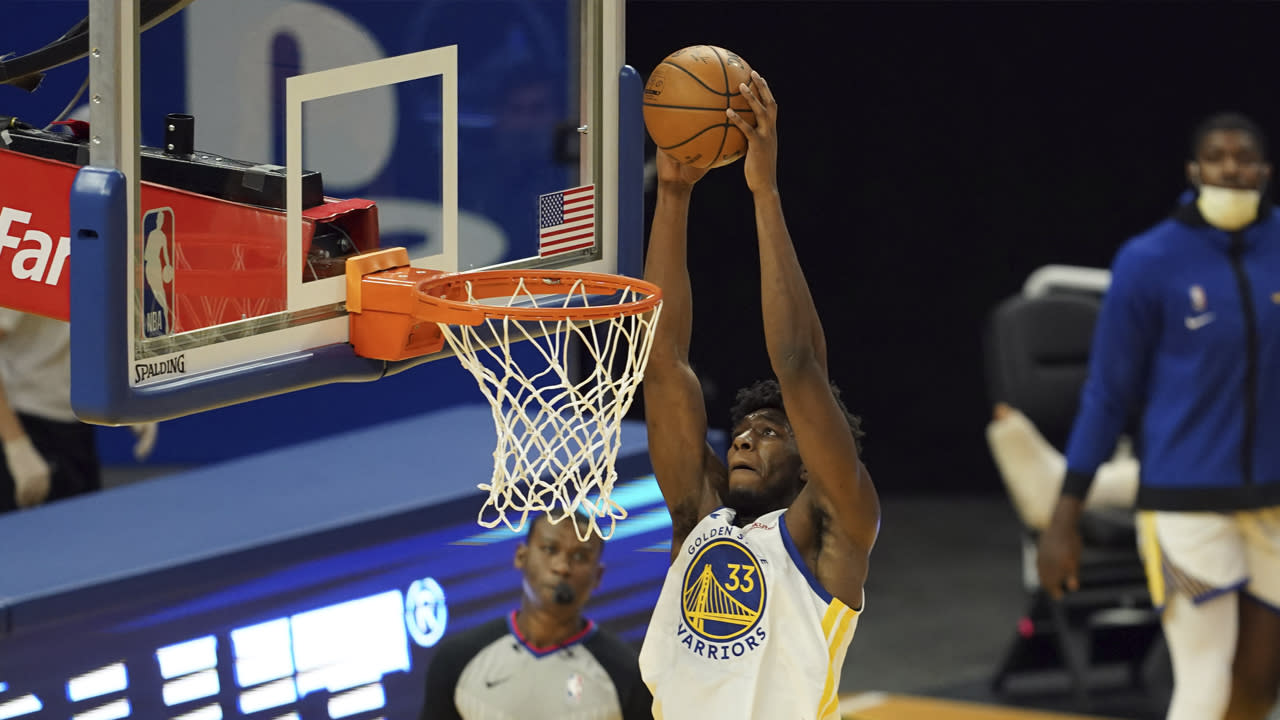 They would have to acquire a «generational» superstar, a team source told the San Francisco Chronicle’s Connor Letourneau on Monday.

«Golden State knows that any discussion for an All-Star-caliber player will begin with the other team asking for one or both of the franchise’s two biggest assets outside of Stephen Curry, Klay Thompson and Draymond Green: the top-three-protected 2021 pick from Minnesota and rookie center James Wiseman,» Letourneau reported Monday.

«But according to a team source, the Warriors ‘almost definitely’ wouldn’t surrender that Timberwolves selection or Wiseman unless they got back someone generational such as Joel Embiid or Giannis Antetokounmpo.»

Citing league sources, The Ringer’s Kevin O’Connor reported Monday that the Warriors are interested in Victor Oladipo ahead of the trade deadline later this month. Warriors general manager and president of basketball operations Bob Myers told NBC Sports Bay Area last week that the Warriors won’t give up a prized asset for a short-term push. Oladipo, 28, is months away from becoming an unrestricted free agent.

«However, just because Golden State likes a multi-time All-Star who fits a win-now mindset doesn’t mean it is willing to mortgage its future to maybe win a postseason series,» Letourneau wrote Monday. «As is always the case with potential trade scenarios, the Warriors would have to see what they’d need to give up for Oladipo. Parting with a package that would hurt their odds of staying relevant long-term would almost certainly be a conversation-ender.»

The Warriors (19-18) are ninth in the Western Conference heading into the second half of the season, still within three games of the fifth-seeded Portland Trail Blazers (21-14). Jettisoning Wiseman or the T-Wolves’ 2021 pick for a player like Oladipo might not move the playoff needle, considering the Western Conference’s top four seeds are the Utah Jazz, Phoenix Suns, Los Angeles Lakers and LA Clippers. It might not even help Golden State ascend in the standings next season, particularly if Oladipo doesn’t still.

Acquiring someone like Embiid or Antetokounmpo would check both boxes, but neither of those All-NBA players are going to be available in a trade anytime soon. And if someone on that level does become available, Wiseman and the pick are probably just the starting point of any potential deal.