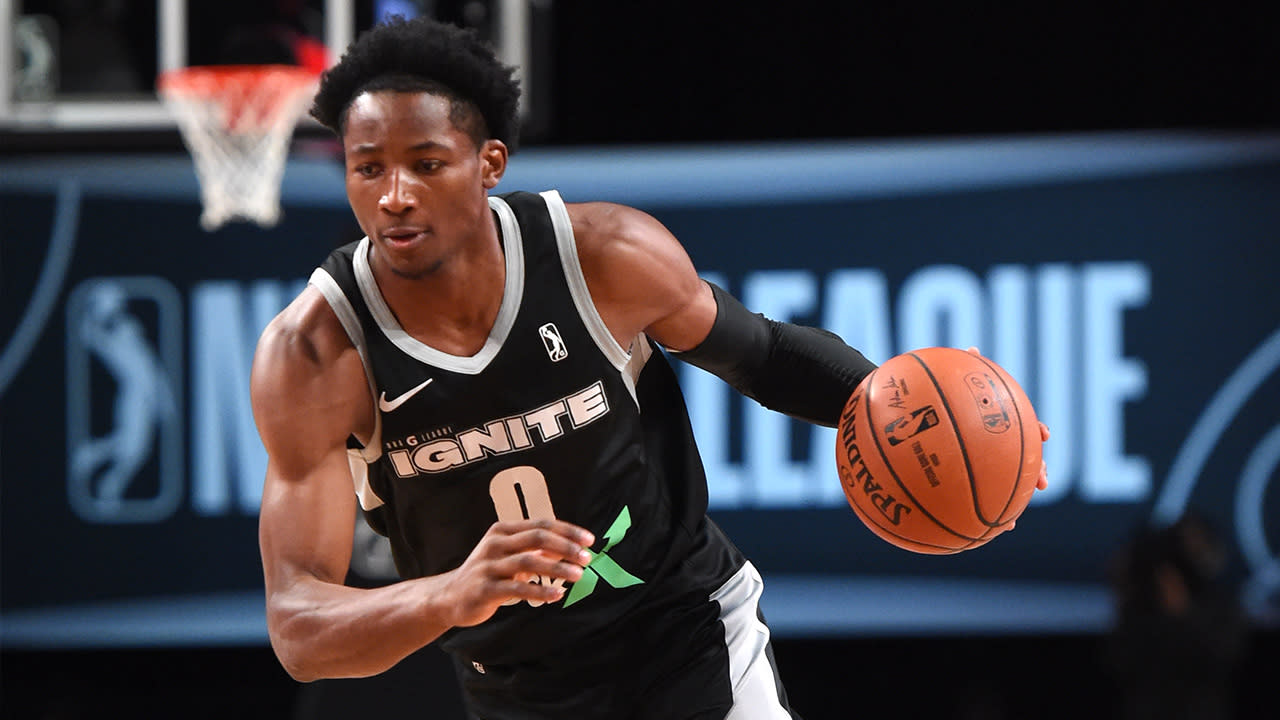 With less than 24 hours to go until the 2021 NBA Draft, the Warriors reportedly are favoring one particular prospect for the No. 7 overall pick.

Kuminga, 18, was widely expected to go within the first five picks of the 2021 draft for most of the last calendar year, but his stock has dipped in recent weeks due to the perception that he is a project who won’t be able to significantly contribute to an NBA team as a rookie, if not longer than that. While that might not sound like the kind of prospect the Warriors are looking for with their first of two lottery picks, Letourneau suggests that actually is not the case.

«It’s becoming increasingly clear that,» Letourneau wrote, «if Golden State holds onto both picks, it’ll take a high-upside prospect at No. 7 and a plug-and-play player at No. 14.»

OK, so if the Warriors have zeroed in on Kuminga, or another prospect that fits into the high-upside category, who might they have their eyes on for the 14th pick? Letourneau mentioned three «plug-and-play» names in particular.

«Part of the reason Golden State is comfortable focusing on long-term potential at seven is because it’s confident it can get a ready-made contributor at 14,» he wrote. «According to league sources, three players the Warriors are targeting there in that range are Oregon guard Chris Duarte, Virginia forward Trey Murphy and Gonzaga forward Corey Kispert.»

It’s easy to understand why Golden State would be interested in Duarte, Murphy and Kispert. All three prospects are proficient shooters who bring far more experience to the table than almost every other prospect expected to be drafted in the lottery. Should the Warriors draft any of the three, it would be because they believe that player can step in and immediately contribute to a team intent on competing for the title.

There are countless combinations the Warriors could make with their two lottery picks. With less than 24 hours to go until they’re on the clock, certain pairings seem more likely than others.