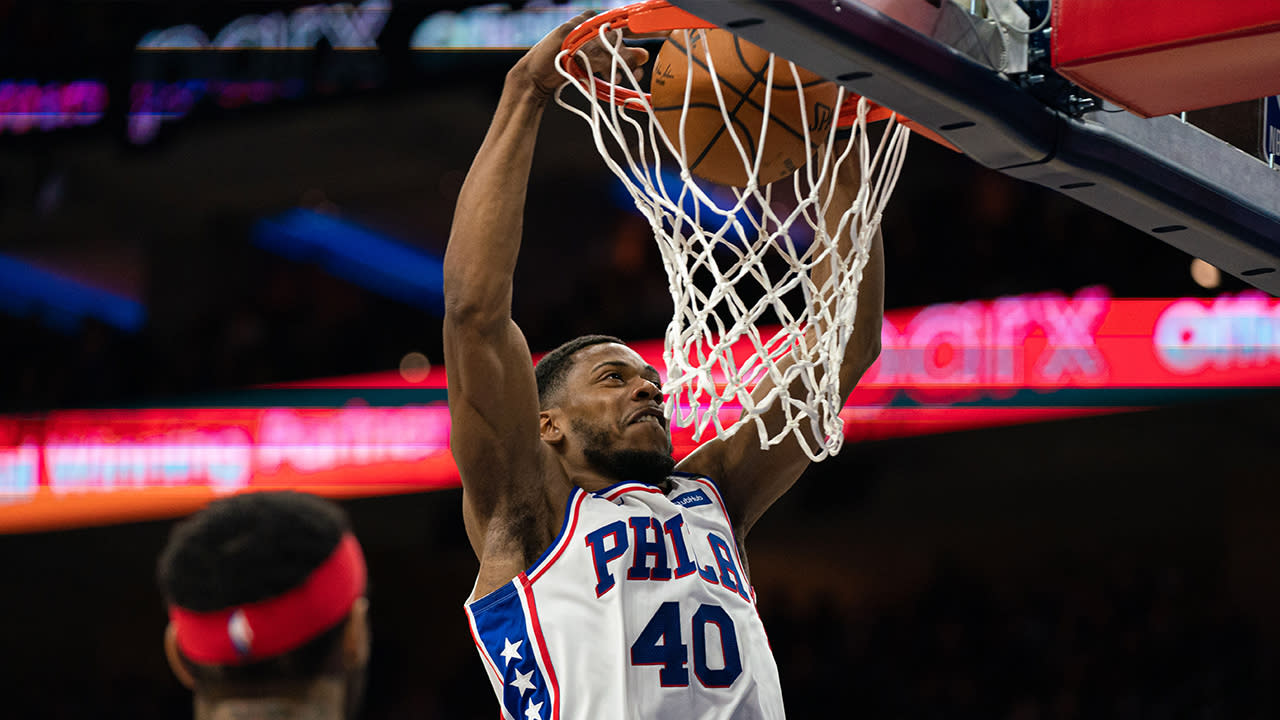 Former Warriors swingman Glenn Robinson III remains a free agent, but the Kings could be among the teams looking to change that in the near future.

Robinson III started 48 games for the Warriors last season prior to a midseason trade to the Philadelphia 76ers, and finished averaging 11.7 points and 4.4 rebounds on 48.6 percent shooting from the field. A 39.1 percent mark from 3-point range certainly makes him an intriguing option in free agency.

RELATED: Kings to play Warriors, Blazers twice each during preseason

Anderson writes that the «most likely» suitors for Robinson III are the Kings, Los Angeles Clippers, Los Angeles Lakers and Utah Jazz.

The Kings have Harrison Barnes locked in as the starter on the wing, but don’t have much depth beyond that at the position. The decision for Robinson likely will come down to whether he is emphasizing playing time or joining a contender, which the other three teams also showing «significant interest» all are.

Robinson has played for five teams over his NBA career, and could be a nice piece of the Kings’ bench, especially after the departure of Bogdan Bogdanovic in restricted free agency.