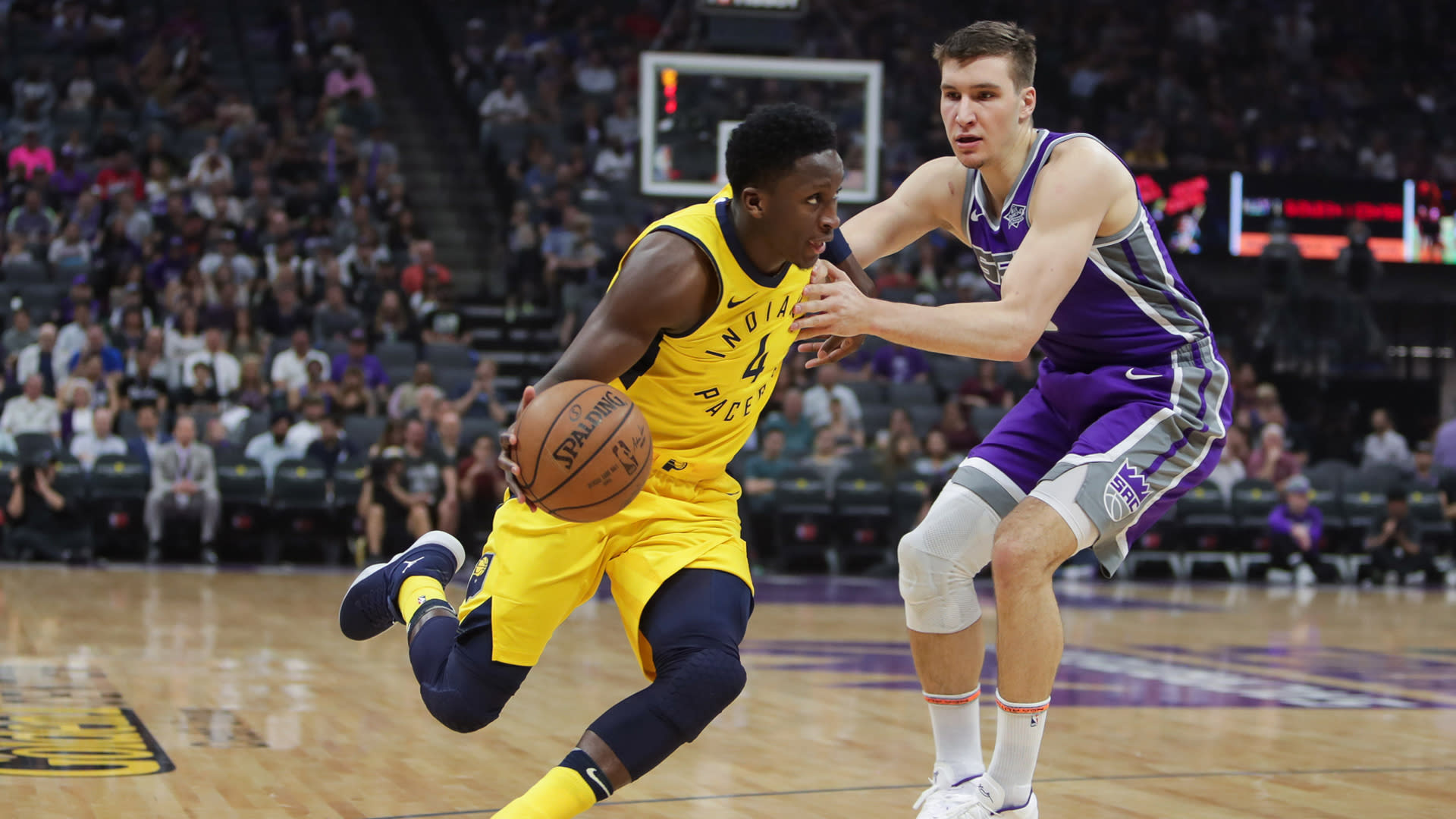 The NBA season will resume at the end of the month, with the Kings and 21 other teams each playing eight seeding games at Disney’s ESPN Wide World of Sports in Orlando, Florida in order to determine the 16-team playoff bracket.

Not every player will be there.

[RELATED: Bagley ready to play if Kings can fit him in rotation]

Teams reportedly had to submit their travel parties on July 1, but news continues to trickle about what all 22 look like. Here’s every player who has opted out of the restarted NBA season so far.

Oldaipo was not the first player who decided not to go to Orlando, but he’s the biggest name as of this writing. The 28-year-old ruptured his quadriceps tendon earlier this season, and Oladipo told ESPN’s Adrian Wojnarowski on July 3 that he opted out in order to avoid getting injured again.

«A part of rehab is working your way back and getting yourself to [100 percent],» Oladipo explained, «so at the end of the day, going back and turning things up as quickly as we’re about to do, and pretty much going to playoff formation and playoff games after eight games, I’m more susceptible to injury than anyone else is. So it’s not about now. It’s about longevity.»

The Latvian sharpshooter became the first healthy player on a roster to opt out of playing in Orlando when he did so last month. Bertans, 27, averaged a career-high 15.4 points per game and is set to become an unrestricted free agent. With the Wizards likely only to make the playoffs as the Eastern Conference’s eighth seed after winning a play-in series with the Brooklyn Nets, Bertans decided not to play.

«Davis is about to sign the biggest deal of his life, so he would be taking a big risk by playing,» Arturs Kalnitis, Bertans’ agent, told HoopsHype on June 22. «It wasn’t a tough decision, to be honest. If the Wizards were in the fifth or sixth seed (or maybe even the eighth seed), it would be completely different. Davis is a competitor. But in this situation, he decided to sit out.»

Ariza, who the Kings traded to the Trail Blazers ahead of this year’s trade deadline, reportedly won’t play in Orlando in order to spend time with his 12-year-old son. The 34-year-old is involved in a custody case with the boy’s mother, and Ariza would’ve missed a court-ordered one-month visitation period with his son by playing.

Bradley told ESPN’s Adrian Wojnarowski on June 23 that he wouldn’t join the Lakers in Orlando because of the unlikelihood that his 6-year-old son Liam would be medically cleared to join him in the later rounds. The younger Bradley has previously struggled to recover from respiratory illnesses.

«As committed to my Lakers teammates and the organization as I am, I ultimately play basketball for my family,» the elder Bradley, who’s married with three children, said. «And so, at a time like this, I can’t imagine making any decision that might put my family’s health and well-being at even the slightest risk.»

The Lakers signed J.R. Smith to replace Bradley on their roster. The Kings are scheduled to play the Lakers on Aug. 13.

Cauley-Stein and his partner are expecting a child in July, and the former Kings and Warriors big man reportedly decided to opt out as a result.

Mavericks center Willie Cauley-Stein has decided to sit out the resumed NBA season, sources tell @TheAthleticNBA @Stadium. Cauley-Stein and his partner are expecting a newborn child in July.

The Kings are scheduled to play the Mavericks on Aug. 4.

Chandler, 33, told ESPN on June 28 he would not play in Orlando in order to spend time with his grandmother and three children.

«As difficult as it will be to not be with my teammates, the health and well-being of my family has to come first,» Chandler said. «Thank you to the Nets organization for understanding and supporting me in this decision, and I will be watching and rooting for our team in Orlando.»

Chandler is set to become an unrestricted free agent this offseason. The Kings are scheduled to play the Nets on Aug. 7.

Jordan tweeted on June 29 that he won’t play in Orlando after testing positive for COVID-19 while still in Brooklyn.

Found out last night and confirmed again today that I’ve tested positive for Covid while being back in market. As a result of this, I will not be in Orlando for the resumption of the season.

Wojnarowski reported July 1 that Sefalosha opted out of playing. The Rockets agreed to a deal with Luc Mbah a Moute to replace Sefalosha on the roster, according to multiple reports.

The Kings are scheduled to play the Rockets on Aug. 9.