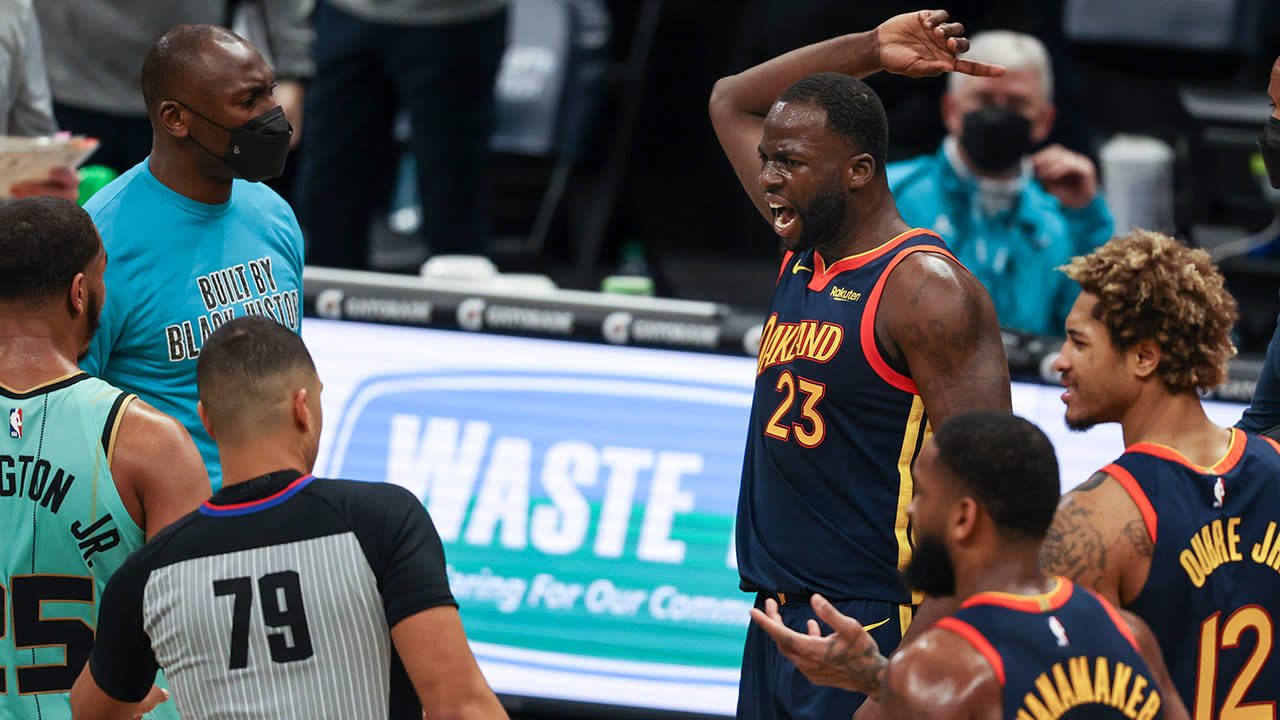 There was plenty of frustration from the Warriors’ sideline at the end of Saturday night’s loss to the Charlotte Hornets, with nearly the entire coaching staff and bench jumping out of their seats pleading for a double-dribble to be whistled on Terry Rozier before his buzzer-beater clinched the victory.

The NBA’s infamous Last Two Minute Report was released on Sunday afternoon and confirmed every single call in the game’s final minute. The only mistake noted by NBA Officiating was a missed traveling call on Eric Paschall with 1:35 to go.

Rozier looked to pick up his dribble before putting it back down just seconds before pulling up for the final shot, but the NBA has confirmed that the officials correctly didn’t blow the whistle.

«Rozier (CHA) loses control of the ball after it makes contact with his knee and legally continues his dribble following the loss of control,» the NBA’s report reads.

The league also determined that both technical fouls on Draymond Green, which led to his ejection with 9.3 seconds remaining, were the correct calls.

Steve Kerr expressed frustration after the game with Green’s actions, saying he «crossed the line.» Crew chief Marc Davis explained to pool reporter Rick Bonnell of the Charlotte Observer after the game why Green was ejected in such a crucial moment.

Either way, the loss is a tough one to swallow for the Warriors, who now have lost two games in a row and return to the court Tuesday night in New York against the Knicks.