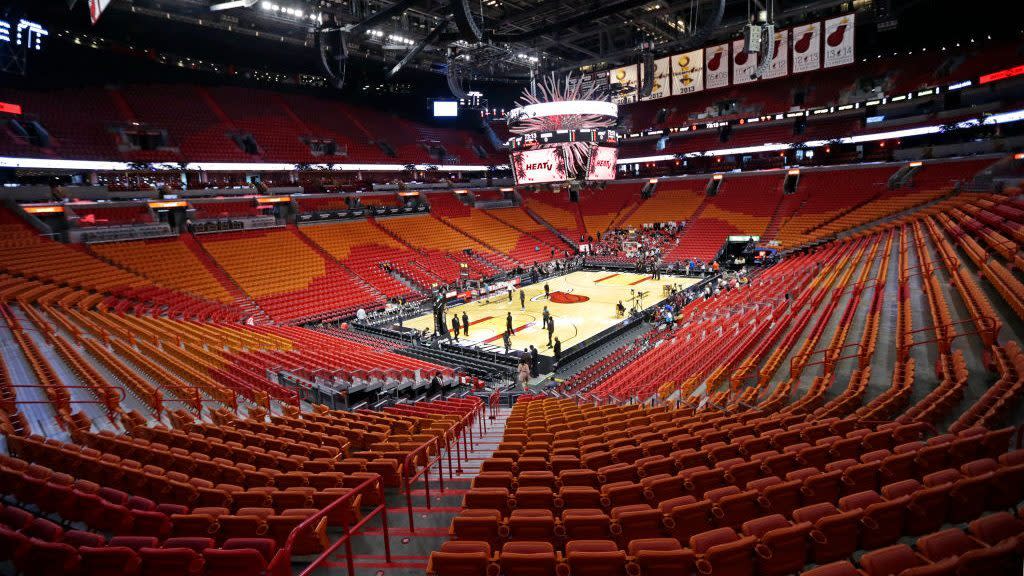 There will be fans at NBA games this season.

Not full houses, many of them in suites well away from the players themselves, but there will be fans — and the ones near the court will need to have had a recent coronavirus test.

The NBA sent a memo to teams detailing the protocols for teams allowed to have fans at games (right now, not every team will be allowed to do so, it depends on local regulations). Shams Charania of The Athletic had the details.

The NBA has sent its 30 teams a memo with protocols for eligible markets to host fans, requiring people within 30 feet of court to register negative coronavirus test two days prior to game or rapid test on day of game, sources tell @TheAthleticNBA @Stadium.

All fans are required to wear masks (above age of 2), socially distance, undergo symptom surveys. Food and beverage are not allowed for those within 30 feet of court. Teams would have option to install a plexiglass behind benches. https://t.co/Rr0YMpebdb

For arena suites at 25% capacity or less, testing would not be required for fans. Teams would be permitted for 50% if all fans were tested or if local county’s positivity rate is three percent or below and seven-day average of new cases per 100K residents is 10 or fewer. https://t.co/Rr0YMpebdb

Not coincidentally, courtside/near the court seats and suite tickets are the most expensive in the building and generate a disproportionate amount of revenue for teams. These are the seats teams are most eager to fill as the league attempts to limit financial losses this season. Expect more teams to adopt the “theatrical lighting” that highlights the court and darkens the rest of the arena, as the Knicks and Lakers do for home games.

How well this all works remains to be seen.

There will be fans in some arenas to start next season, and the league hopes in all arenas will have some fans as the season moves along. There will not be full buildings, not until the 2021-22 season, most likely, but some fans are better than none for the league.

NBA owners formally approve plans for next season Players react to deal to start NBA season: ‘No one is passing up that… The NBA is back: League, NBPA reach deal on start of next season, salary…

NBA informs teams of protocols for fans at games, some will be tested originally appeared on NBCSports.com