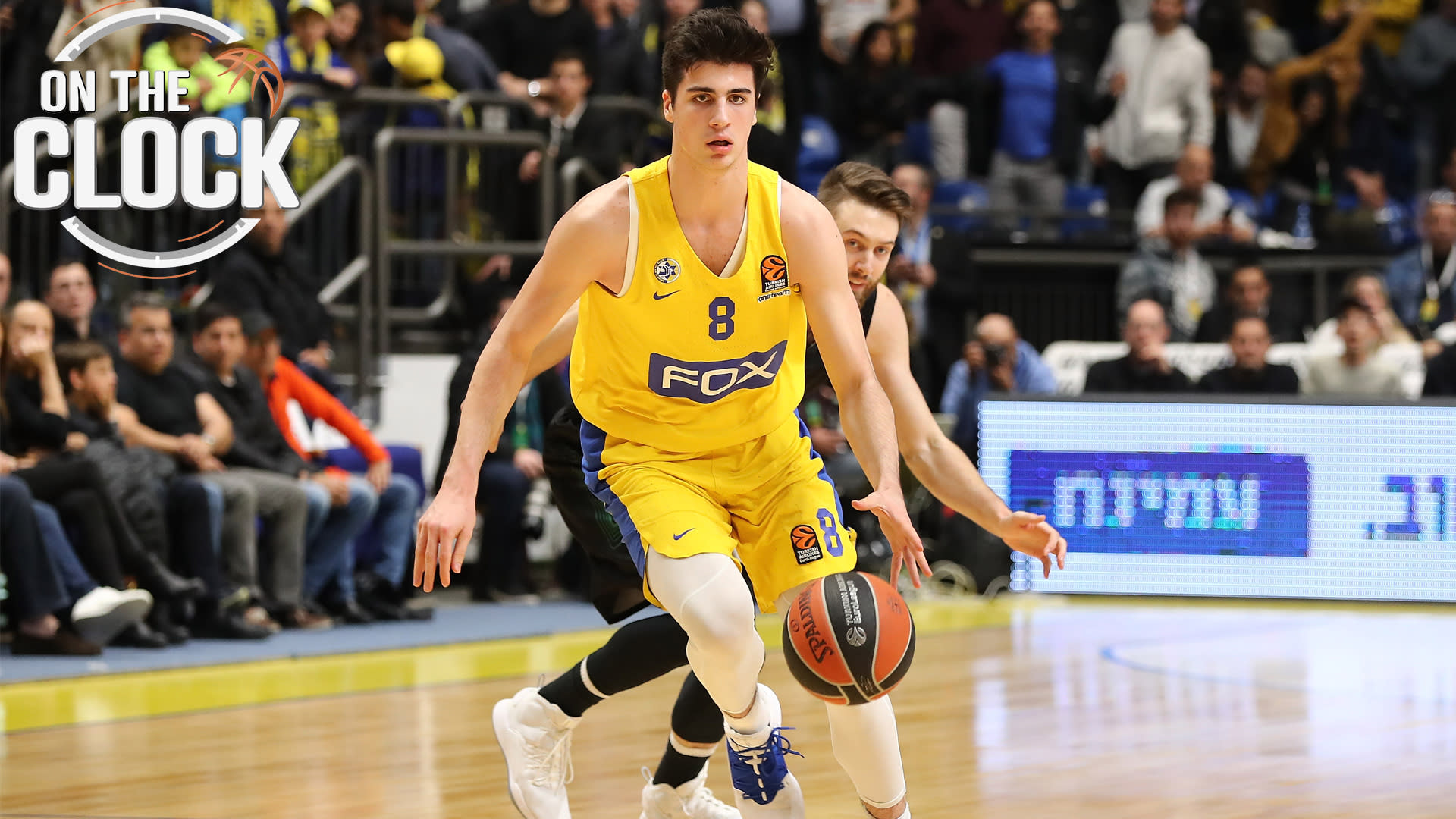 Deni Avdija — a potential top-five pick in the 2020 NBA Draft — had a really good game Monday for Maccabi Tel Aviv.

The Warriors are guaranteed to end up with a top-five selection, and could target Avdija if they decide to keep the pick.

«They should consider Avdija given his versatility, experience, modern fit and basketball instincts,» ESPN’s Mike Schmitz wrote in mid-June. «A Curry-Thompson-Wiggins-Avdija-Green small-ball lineup could be one of the most dynamic and versatile in the NBA.»

He is «big enough to play power forward but has the ballhandling, creativity and playmaking skill of a point guard,» Schmitz wrote in mid-May. «At his best operating out of pick-and-roll, where he displays excellent timing and vision, allowing him to make every read and pass in the book.

«Aggressive offensive player who is in attack mode every time he steps onto the floor. Loves shooting pull-up 3-pointers in transition. Brings toughness, competitiveness and swagger.»

The Israeli-Serbian prospect is averaging 18.2 points, 6.0 rebounds and 3.2 assists in five games since the Israeli Basketball Premier League restarted June 21.