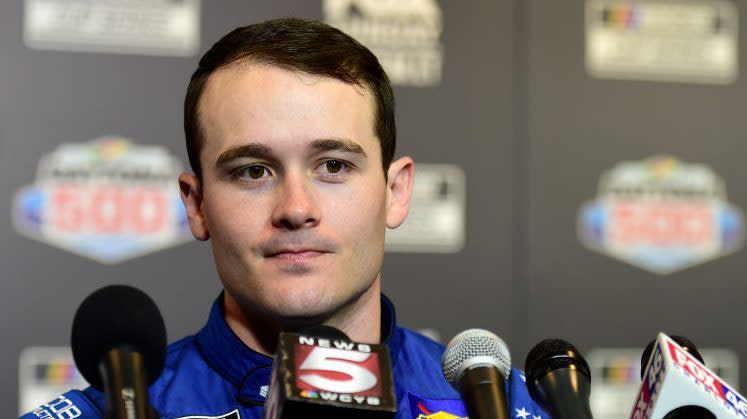 NASCAR plans to talk to rookie Quin Houff this week about his “very poor decision” to dive down from the second lane in Turn 4 and attempt to enter pit road late in Sunday’s Cup race at Texas Motor Speedway.

When Houff, who was nine laps behind the leaders at the time, came down the track, he hit Christopher Bell and Matt DiBenedetto. The contact brought out a caution on Lap 307 of the 334-lap race and dramatically altered the event.

DiBenedetto was critical of Houff on social media afterward, saying of the driver “This guy having zero awareness ruined our day … Lovely.”

Houff posted a video on social media taking blame for the incident.

Scott Miller, NASCAR senior vice president of competition, was asked on “The Morning Drive” on Monday by NBC Sports’ Nate Ryan about what actions the sanctioning body would take with Houff.

“I think nobody could argue that it was a very poor decision,” Miller said on SiriusXM NASCAR Radio. “Yes, we do review every incident of every race. We didn’t speak to the driver (Sunday) night, but we will before we get going again at Kansas (on Thursday night). Got to do better than that. Racing incident, things are going to happen. Every decision that is made out on the racetrack is an instantaneous, spur-of-the-moment decision, but I think that nobody could argue that wasn’t a poor one.”

After the race, Brad Keselowski, responding to a reporter’s question, said that NASCAR should consider demoting a driver when they’re involved in numerous on-track issues. Sunday’s incident was the third caution Houff has been listed on NASCAR race reports as being responsible for since the Martinsville race on June 10.

The caution for the incident Houff triggered changed Sunday’s race. Austin Dillon took two tires during that caution and restarted second to teammate Tyler Reddick, who took fuel only. Dillon took the lead and held the field off on two more restarts to win his first Cup race since the 2018 Daytona 500.

NASCAR to speak to driver for ‘very poor decision’ at Texas originally appeared on NBCSports.com