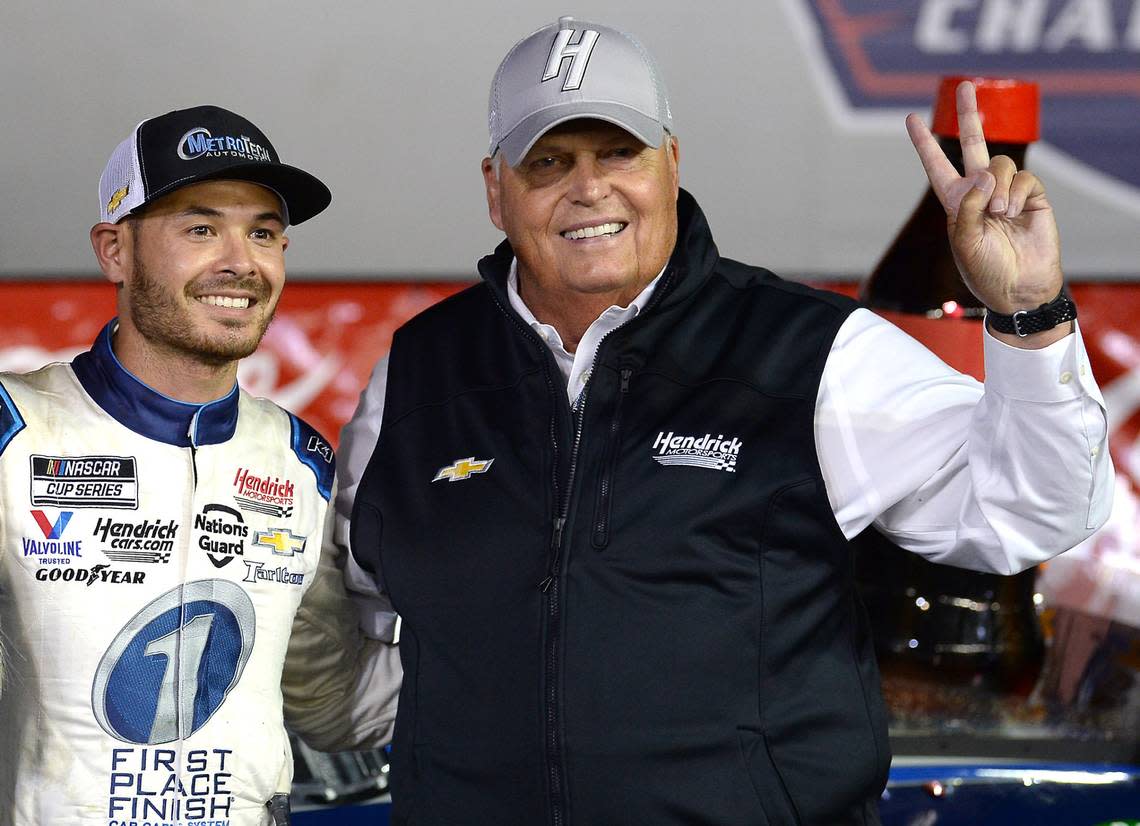 Chip Ganassi Racing has sold its 22-acre headquarters to a top competitor as the Concord-based NASCAR team shuts down.

CGR fields two full-time cars in NASCAR’s top series based out of its 214,500-square-foot shop at 8500 Westmoreland Dr. NW, near Concord-Padgett Regional Airport. Ganassi also runs IndyCar, IMSA and Extreme E teams out of its facilities in Indianapolis.

The team’s NASCAR branch employs roughly 120 to 150 people. Those workers are expected to lose their current CGR jobs at the end of the season when the team’s NASCAR assets transfer to Trackhouse Racing.

Chip Ganassi Racing filed a notice with the N.C. Department of Commerce early this month indicating it would permanently lay off 55 employees starting on Nov. 7, The Charlotte Observer previously reported.

CGR Chief Operating Officer Doug Duchardt sent a letter to the Department of Commerce and Concord mayor Bill Dusch on Sept. 3 in compliance with the Worker Adjustment and Retraining Notification (WARN) Act, which requires employers to provide 60 days’ advance notice of a plant closing or mass layoff.

In the letter, which was obtained by the Observer, Duchardt indicated that CGR would cease operations at its Concord facility on Nov. 8, or within 14 days thereafter. Team owner Chip Ganassi announced in late June the sale of his NASCAR operation to Trackhouse Racing owner Justin Marks and his team at the end of the season. The final race of the season is scheduled for Nov. 7.

Duchardt stated in his letter that the WARN filing was not characterized as a plant closing since Trackhouse purchased CGR’s assets, including its two Cup Series charters, and plans to operate from the CGR facility beginning on Nov. 8.

“Many CGR employees will have employment opportunities with Trackhouse, but Trackhouse is an independent entity and CGR has no authority with respect to Trackhouse and/or (its) staffing and hiring processes,” Duchardt wrote.

The letter stated that, “Based on current information, it appears that up to 55 employees could be affected. CGR will maintain and update records relating to the number and job duties of the affected employees through November 7, 2021, and will make them available as mutually agreed.”

Regarding the property, Trackhouse is expected to take over CGR’s Concord shop under a landlord-lessee relationship with Hendrick, according to a report by the Charlotte Business Journal. A company spokesperson confirmed that Hendrick sees the land acquisition as purely a real estate investment opportunity, so there are no alternate plans for the property. Hendrick Motorsports, owned by Hendrick Automotive Group founder Rick Hendrick, is located about six miles from CGR’s site in Concord.

The company declined to comment on long-term plans for the site.

Trackhouse is currently embedded with Richard Childress Racing and plans to field two cars in the Cup Series next season. Daniel Suárez will continue racing for the team with Ross Chastain, a current CGR driver, joining him at Trackhouse in 2022. Kurt Busch, CGR’s other driver, will race for 23XI next season alongside the team’s current driver, Bubba Wallace.