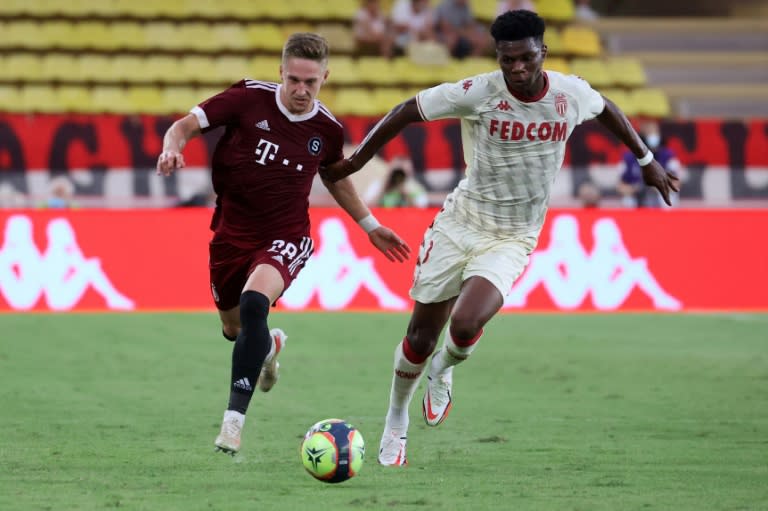 Monaco beat Sparta Prague 3-1 on Tuesday to reach the Champions League’s play-off round, a week after the Ligue 1 club’s Aurelien Tchouameni suffered racist abuse during the first leg in the Czech Republic.

On Monday, Sparta said in a statement they were «deeply saddened by the incident» during their 2-0 first leg loss when Tchouameni was the subject of monkey chants after scoring the opener in the Czech capital.

After his torrid first leg experience in Prague, 21-year-old Tchouameni was again in the starting line-up for Monaco, picking up a first half yellow card before Gelson Martins and Aleksandr Golovin gave the Principality outfit a comfortable lead by the hour mark.

David Moberg-Karlsson closed the gap for the visitors with less than a quarter of an hour remaining before Sofiane Diop put Monaco within 180 minutes of the Champions League group stages.

Monaco will face Shakhtar Donetsk on August 17 before the second leg a week later. The Ukrainians beat Genk 2-1 on the night to complete a 4-2 win on aggregate.

«We’ve passed the first test. It wasn’t as easy as that,» said Monaco coach Niko Kovac.

«They (Shakhtar) will be a formidable opponent, used to the Champions League, the favourites for our match,» he added.

Elsewhere, PSV Eindhoven cruised past Mitjylland 4-0 over the two legs to set up a play-off against two-time champions Benfica who eased past Spartak Moscow 3-0 over two legs, Joao Mario scoring the opener in Tuesday’s 2-0 win.

That match ended 2-2 on the night which last year would have been good enough for the Greeks to progress but UEFA has done away with the away goal rule this season.