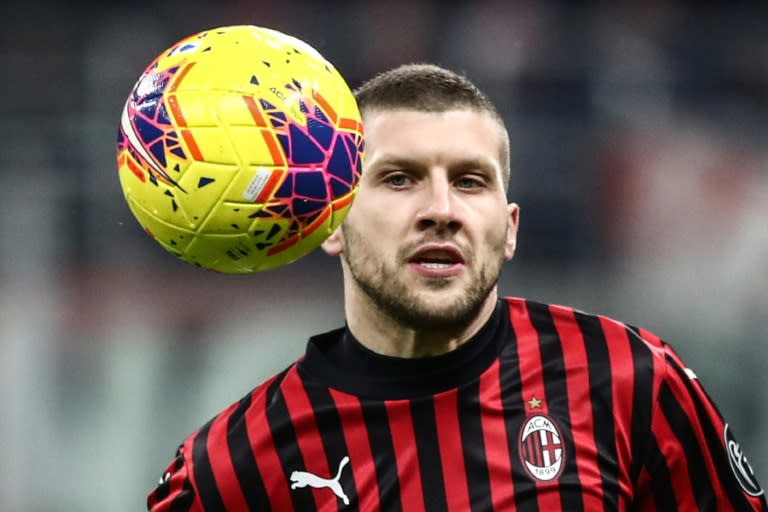 Milan (AFP) – Roma are facing another season without Champions League football after losing 2-0 at AC Milan on Saturday, with Atalanta’s 3-2 win at Udinese leaving the capital club nine points off fourth place.

Ante Rebic and Hakan Calhanoglu scored late to give Milan victory at a stifling San Siro to put Stefano Pioli’s side three points away from the last Europa League place held by Napoli, who beat bottom side SPAL 3-1 in Naples.

Gennaro Gattuso’s side, who have already won the Italian Cup this season, came out on top at the Stadio San Paolo thanks to goals from Dries Mertens, Jose Callejon and Amin Younes.

Roma stay fifth but are only three points ahead of Napoli and way behind Atalanta in fourth, who are now clear favourites to qualify for Europe’s top club competition.

Both teams started slowly but Milan dominated after the break with Rebic breaking through on 76 minutes, rifling the ball into the roof of the net at the third attempt after a frantic scramble following a Davide Zappacosta blunder.

Calhanoglu converted a penalty with a minute to go after Chris Smalling fouled Theo Hernandez in the area to earn a second win this week, despite the absence of star striker Zlatan Ibrahimovic with a calf problem.

«We were looking for a win against a strong opponent and we deserved to get it,» said Pioli after their first win over one of the top-six sides this season.

«This victory gives us confidence to try to hit the goal of bringing Milan back to Europe.

«(Ibra) helped us raise our level. Let’s not forget that we only lost one game with him.

«But the team is doing well without him and his return gives us other solutions.

«The changes we make will be very important because it’s very hot. It’s unthinkable to play with the same XI.»

Roma coach Paulo Fonseca conceded his side were struggling for fitness after the three-month coronavirus shutdown.

«They (Milan) were fresher in the second half,» said Fonseca. «Let’s not forget that they had seven days to prepare and it’s their third game, it’s not an excuse, it’s the truth.

«I’m worried about physical fitness, we will play in two days.

«Maintaining continuity is difficult when you change many players, but we’re ready and prepared to fight to the end.»

Atalanta stretched their lead on Roma thanks to two stunning goals from Luis Muriel, who came on as a second-half substitute and put his team back ahead with a magnificent 71st-minute free-kick.

Kevin Lasagna had previously levelled for Udinese in the 31st minute after Duvan Zapata had given the away side an early lead.

Muriel then put Atalanta two goals ahead with a superb volley that ensured Lasagna’s second three minutes from time made no difference to the result.

Sampdoria sank further into the relegation mire after a 2-1 home defeat to Bologna which leaves them just a point above the drop zone, while Rogerio struck in the sixth minute of stoppage time to earn a 3-3 draw for Sassuolo against Hellas Verona.

Juventus beat Lecce 4-0 on Friday, and are four points ahead of Lazio, who came from behind to see off Fiorentina 2-1 on Saturday.