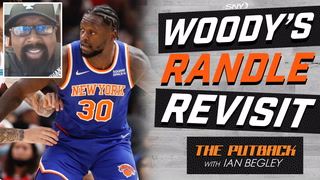 On The Putback with Ian Begley, Ian and Chris Williamson ask former New York Knicks coach Mike Woodson to analyze Julius Randle’s breakout season last year and how Tom Thibodeau managers the star’s workload. Watch more of The Putback: https://sny.tv/shows/the-putback-with-ian-begley About The Putback: The Putback will star SNY NBA Insider Ian Begley, who will be joined each week by a different guest from the Knicks and the NBA, ranging from former players and coaches to national writers to Knicks celebrity fans. Meanwhile, Ian will also answer questions from “Knicks fans” who range in personality as well as opinions and philosophies on how to improve their beloved franchise.