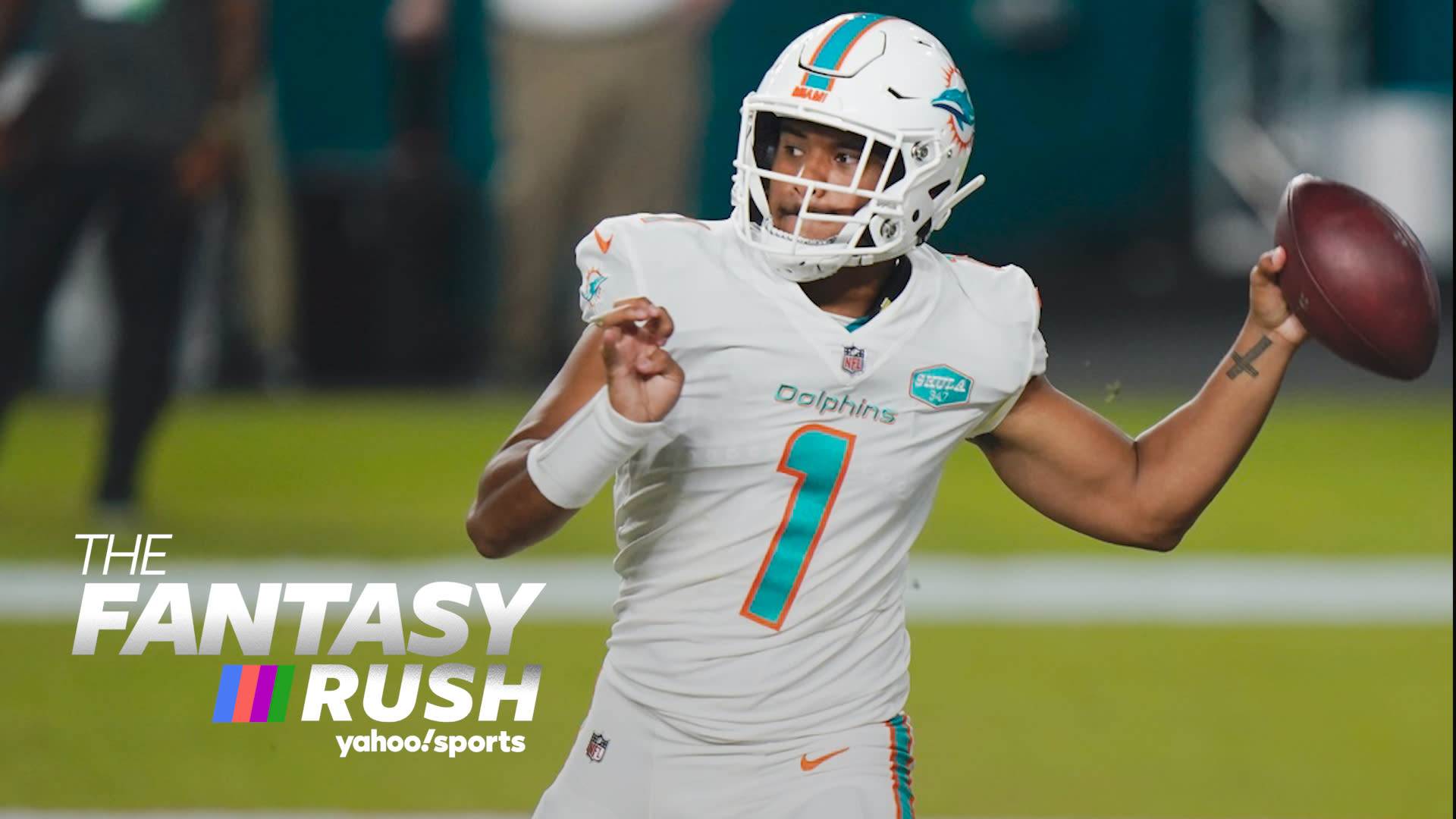 After four straight losses, Jared decided to make a change on his fantasy team and started Tua Tagovailoa at QB. It didn’t help. So to figure out whether he should stick with the rookie the rest of the season, he’ll lean on the guidance of his co-host, Yahoo Sports Fantasy Expert Liz Loza. On the eighth episode of The Fantasy Rush, Loza highlights another Dolphin who may be more valuable than Tua, tries to make heads or tails of the crowded Buffalo backfield, and comes face to face with the only opponent she respects in a war of wits: herself.