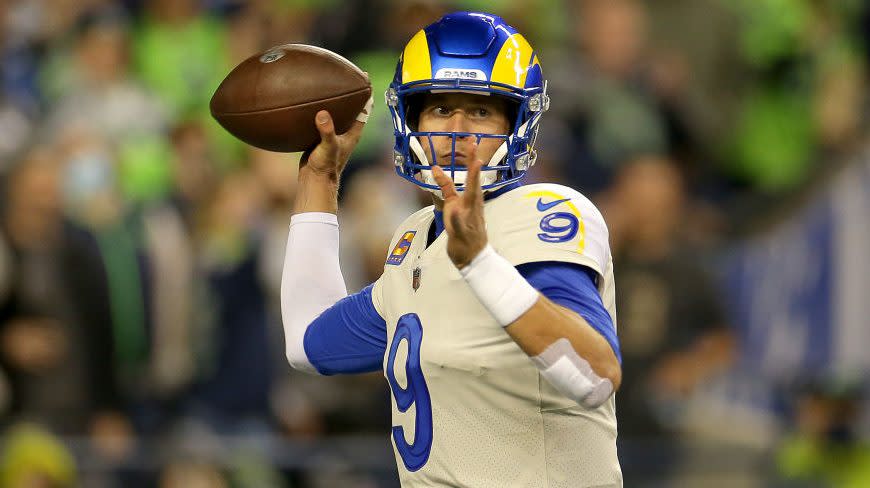 Thursday night was a bad night for the fingers of quarterbacks, but it was worse for Russell Wilson than it was for Matthew Stafford.

Wilson had to leave the game after spraining his finger, but Stafford was able to remain in the game and pilot the Rams to a 26-17 road victory after hurting his right index finger. After the game, Stafford was asked about the injury and told reporters he wasn’t totally certain about when the injury happened, but that it wasn’t a major issue for him as the night went on.

“I wish I could,” Stafford said. “I don’t know. I looked down at a certain point on a drive in the second quarter, I think the one we kicked the field goal on, I just looked down and felt a little pressure on it. I maybe got it on a handoff or a snap or something, I’m not 100 percent sure. I looked down and felt a little pressure in there. It was just a little bit out of place and I was able to put it back in and keep going. It didn’t affect me too much to be honest with you.”

Stafford was 25-of-37 for 365 yards, a touchdown and an interception in the win. He’ll have plenty of time to rest before the Rams face the Giants in Week Six.

Matthew Stafford: Finger was a little bit out of place, put it back and kept going originally appeared on Pro Football Talk