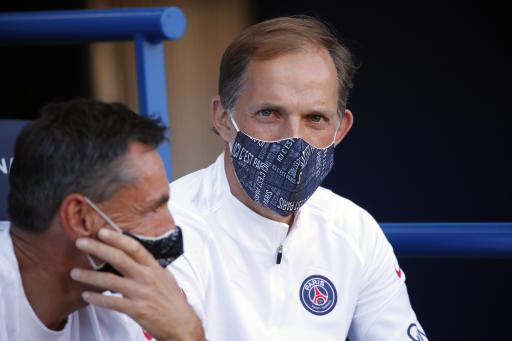 MATCHDAY: PSG can do the treble with League Cup win vs. Lyon

A look at what’s happening around European soccer on Friday:

Paris Saint-Germain can complete a third domestic treble in the space of six seasons with victory against Lyon in the League Cup final. PSG beat Saint-Etienne 1-0 to win the French Cup last Friday. But the win proved costly in another way as star striker Kylian Mbappe sustained an ankle injury ruling him out for about three weeks. PSG won the treble in 2015, ’16 and ’18. Memphis Depay returns to captain Lyon six months after rupturing knee ligaments. Victory would put Lyon into next season’s Europa League. Depay was among the league’s best players before his injury and netted 14 goals in 18 games. A maximum of 5,000 fans will be allowed at Stade de France because of coronavirus restrictions. Only 2,805 attended last week’s final.