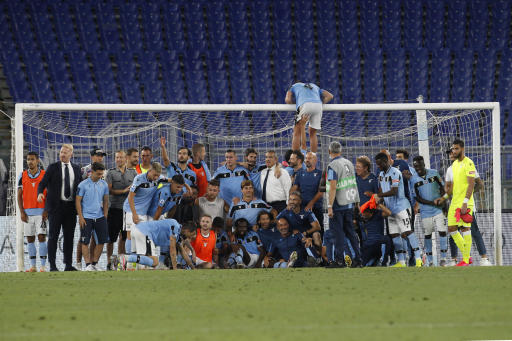 A look at what’s happening around European soccer on Wednesday:

Lazio needs to win against already-relegated Brescia in its penultimate match of the season to stand any chance of finishing second in Serie A. Lazio is currently fourth but only three points below Atalanta and four below second-place Inter. Atalanta and Inter both won on Tuesday and face each other on Saturday in the final round of the season. At the other end of the table a win for Genoa at Sassuolo would relegate Lecce, regardless of its result at Udinese. Also on Wednesday, it’s: Sampdoria vs. AC Milan; Hellas Verona vs. SPAL; Cagliari vs. Juventus; Fiorentinavs. Bologna; and Torino vs. Roma.