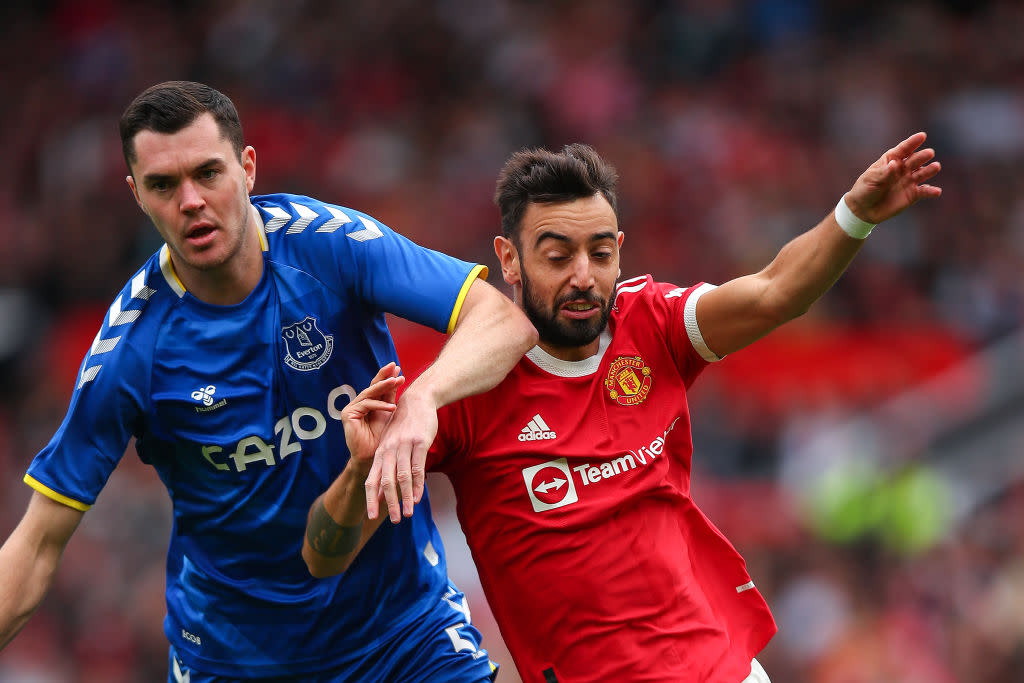 A winner in Manchester United vs Everton would go atop the Premier League table for at least a few hours as the Red Devils and Toffees engage in one of two top-end tilts this weekend (start time 7:30am ET Saturday on NBCSN and online via NBCSports.com).

The Red Devils beat Villarreal at the death on Wednesday in Champions League action but Everton’s injury list means both teams will not have their best availability for a match that could separate two 4-1-1 sides.

Here’s everything you need to know ahead of Manchester United vs Everton.

Marcus Rashford and Amad Diallo are out while Harry Maguire is also out. Luke Shaw is back after missing the midweek win against Villarreal. Cristiano Ronaldo and Paul Pogba start on the bench.

The Toffees might’ve not played at midweek but the absences are still piling up as Richarlison, Andre Gomes, Dominic Calvert-Lewin, Fabian Delph, and Seamus Coleman are all out.

Manchester United is a heavy favorite despite midweek action, dealing out -209 for a win. A draw pays +320 and Everton delivers +575 for a win.

There’s reason to believe Man United could slip up following midweek play, but they weren’t exactly at their best on Wednesday and will likely fire on more cylinders, especially with Everton likely without many key players. We reserve the right to alter this prediction if Rafa Benitez’s injury update says there are surprise returnees. Manchester United 2-1 Everton.

How to watch Manchester United vs Everton live, stream and start time