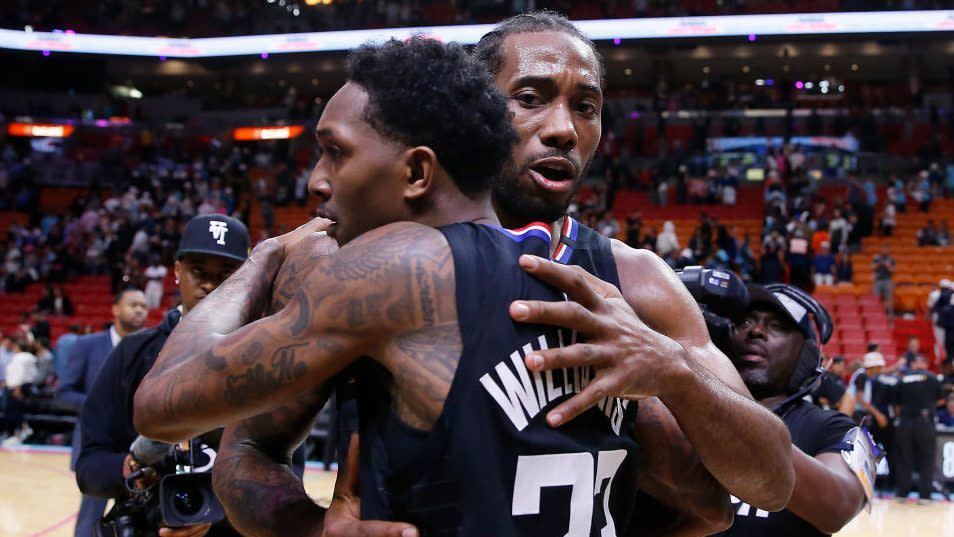 Lou Williams has had some legendary teammates during his 16-year career. He was drafted onto the Allen Iverson 76ers, then played briefly on Kobe Bryant’s Lakers and James Harden‘s Rockets.

Then there was the Kawhi Leonard Clippers. Williams, who will suit up for the Hawks next season, was on The Trap podcast with Karlous Miller and Clayton English (part of The 85 South Comedy Show) and was talked about Iverson, Bryant, and Harden, then was asked to compare how Leonard works to those three legends (hat tip Talk Basket).

“Completely different styles. Kawhi is there an hour and a half before practice, he’s there an hour and a half after practice, but that’s just his speed though… he need half the day to get his s*** together. That’s just how he operate. You know what I’m saying? But definitely a worker, man. Four completely different styles of hoopers.”

Kawhi Leonard works at his own pace… it feels like we knew that. Like Gregg Popovich told us that.

It doesn’t matter because Leonard gets the work done and even has extra time to appear in Drake videos. To be clear, Williams isn’t bashing Leonard; he’s just saying he works at his own pace — and that pace has made him a five-time All-NBA player, two-time Defensive Player of the Year, two-time Finals MVP, and one of the best in the game.

That deliberate pace of work, and how he handled his last injury, has it feeling like we will not see Leonard suit up for the Clippers this season. Steve Ballmer agreed to give a max extension to Leonard knowing that. The Clippers are playing the long game because when Leonard plays he is franchise changing. Whatever happens with the Clippers this season, they know what they are getting in 2022-23. And they can wait and be patient while Leonard does his work.

At his own pace.

Check out more on the Clippers