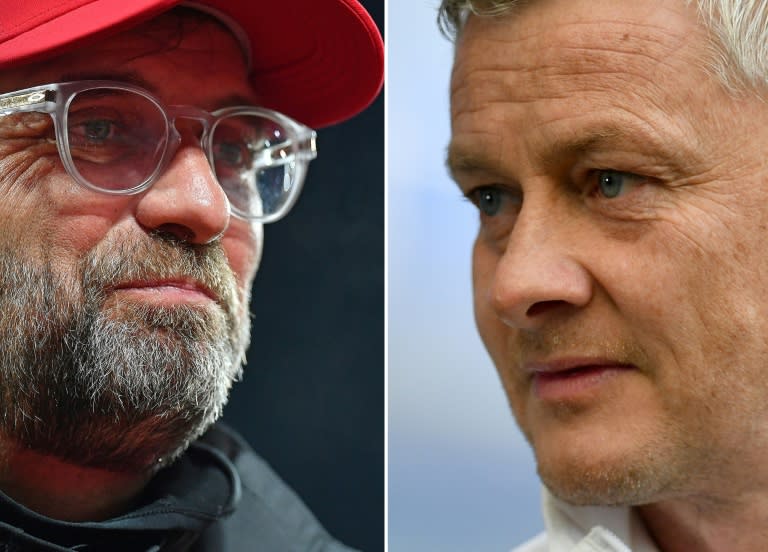 Liverpool manager Jurgen Klopp denied he was «rubbing his hands together» at the prospect of unleashing his in-form attackers against Manchester United’s leaky defence in Sunday’s blockbuster Premier League clash at Old Trafford.

Liverpool’s gifted front three of Mohamed Salah, Sadio Mane and Roberto Firmino are all scoring freely for the unbeaten Reds, who are just one point behind leaders Chelsea.

Salah netted twice in the 3-2 win at Atletico Madrid on Tuesday — a result that means Liverpool have scored at least three goals in every away game this season across all competitions.

United also won by the same scoreline in midweek but had to come back from 2-0 down against Atalanta, with Cristiano Ronaldo heading a late winner.

Ole Gunnar Solskjaer’s men are struggling in the league and they have failed to keep a clean sheet in 12 consecutive home games in all competitions, their longest such run since 1964.

Former United midfielder Paul Scholes, now a TV pundit, said Klopp would be «rubbing his hands together» at the prospect of facing sixth-placed United, who are missing Raphael Varane from their defence.

But Klopp said Friday that playing United at Old Trafford would be a tough proposition, despite their recent wobbles.

«There was not one second when I was rubbing my hands, I can say that,» the Liverpool manager told a news conference.

«There was no reason for it. If you watched the game then you obviously could see that Atalanta caused United in the first half some problems. But even in that half I think United had three clear-cut chances.»

«The second half was a pure power presentation of United,» he added.

«They went for it and with the quality they have, they can cause any team problems, especially when you stop playing football and obviously Atalanta did a little bit.»

Klopp said United v Liverpool, which pits England’s two most successful clubs against each other, was a «massive game».

«I think Man United is not overly happy with the results they’ve got so far, but we all know that they are able to do incredible stuff,» he said. «We saw it already.»

Solskjaer told reporters at his own press conference that midfielder Bruno Fernandes was a fitness doubt for the match at Old Trafford. Fred and Marcus Rashford also suffered injuries against Atalanta.

While Wednesday’s win put United top of their Champions League group, Solskjaer’s men have taken only one point from their past nine in the Premier League.

«Liverpool are in a great run of form and we have to have a strong mindset,» he said. «We have to focus on Liverpool’s front three for 95 minutes to keep a clean sheet

«If we give Liverpool chances, they will score two, we cannot give them anything.»

The United manager added: «It’s going to take everything to get a result against the best teams in the world and Liverpool are one of those.

«They are one of the teams we are trying to chase because what they have done in the last four years is something we are striving towards.»