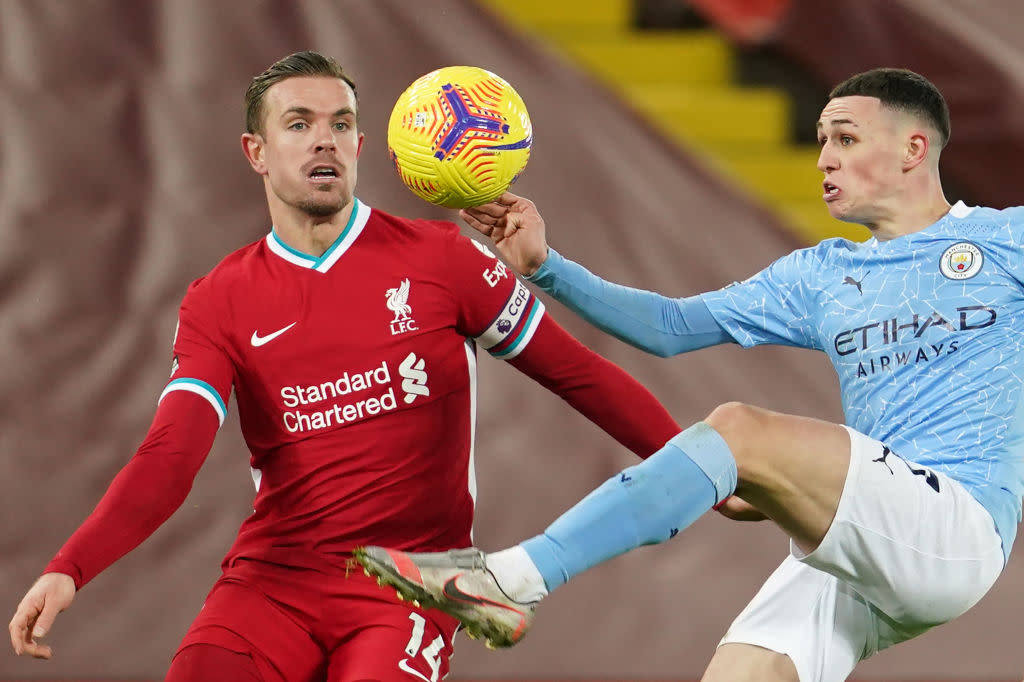 Liverpool vs Manchester City is a huge clash in the Premier League on Sunday (watch live, 11:30am ET on NBCSN and online via NBCSports.com) as two title contenders collide at Anfield.

Over the last few years this rivalry has blossomed into one of the best in world soccer, as Jurgen Klopp and Pep Guardiola continually have their teams battling for the Premier League title and Champions League trophy.

This season is no different and after a drop-off from Liverpool last season, normal service has resumed as the Reds looked destined for a title battle as Virgil van Dijk is back fit and back to his imperious best, while Mohamed Salah and Sadio Mane are on fire.

As for Manchester City, well, they showcased last weekend just how good they are as the reigning champs waltzed into much-fancied Chelsea and won with ease as they reminded everyone of their quality. With Phil Foden, Kevin de Bruyne and Rodri now back fit, City look back to their best. Their only issue? Putting their chances away in these big games.

Below is the key info on how to watch Liverpool v Manchester City this weekend, as a massive battle will take place at Anfield.