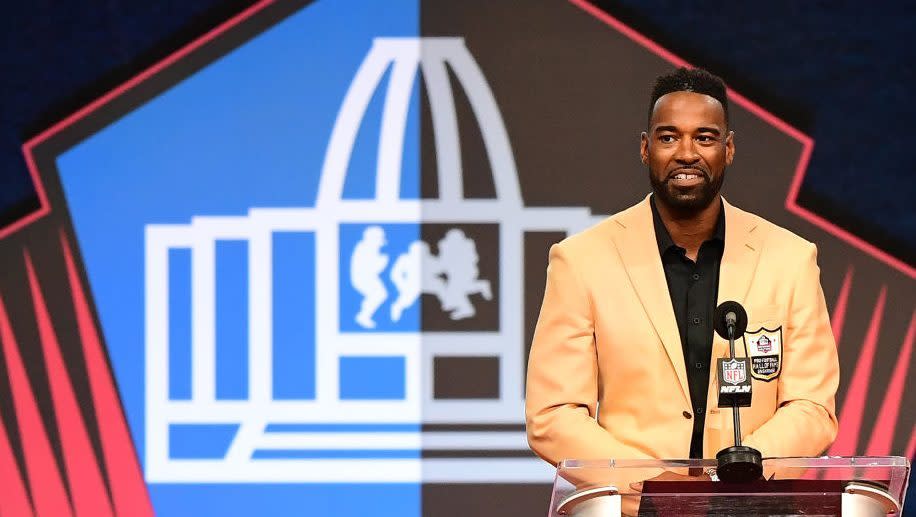 As expected, Hall of Fame receiver Calvin Johnson didn’t thank the Lions organization during his induction speech. Before the event, Lions owner Sheila Ford Hamp was asked about the likely diss.

“We love Calvin, the organization loves Calvin, my family loves Calvin and we are hoping we can work this all out with him,” Hamp told Jennifer Hammond of Fox 2 in Detroit. “We think he’s terrific and we’re so excited for him.”

The Lions made Johnson the second overall pick in the 2007 draft. He became a rare bright spot on a team that struggled for relevance, going winless in his second season. In 2012, when Johnson generated a league-record 1,964 receiving yards, the Lions won only four games.

But Johnson signed a long-term big-money deal to stay in Detroit, and he never tried to force his way out. Indeed, most of his rancor seems to come not from anything that occurred during his career but from the franchise’s misguided decision to insist on the partial repayment of unearned signing bonus money at a time when it actually helped the Lions from a cap standpoint for Johnson to walk away. And then the Lions squatted on his rights, preventing him from continuing his truncated career with another team.

Johnson at all times has seemed like a fair and reasonable person. The fact that he’s so upset with the Lions suggests that the Lions did something to earn his ire. Given that he refused a job offer that would have paid him $500,000 per year for 28 hours of work shows how bad things are.

Johnson himself has said what it will take to make things right — the team needs to give back his money. The fact that the Lions haven’t done so more than five years after his retirement suggests that it’s not going to happen, and that the Lions will continue to be estranged from one of the greatest players in franchise history.