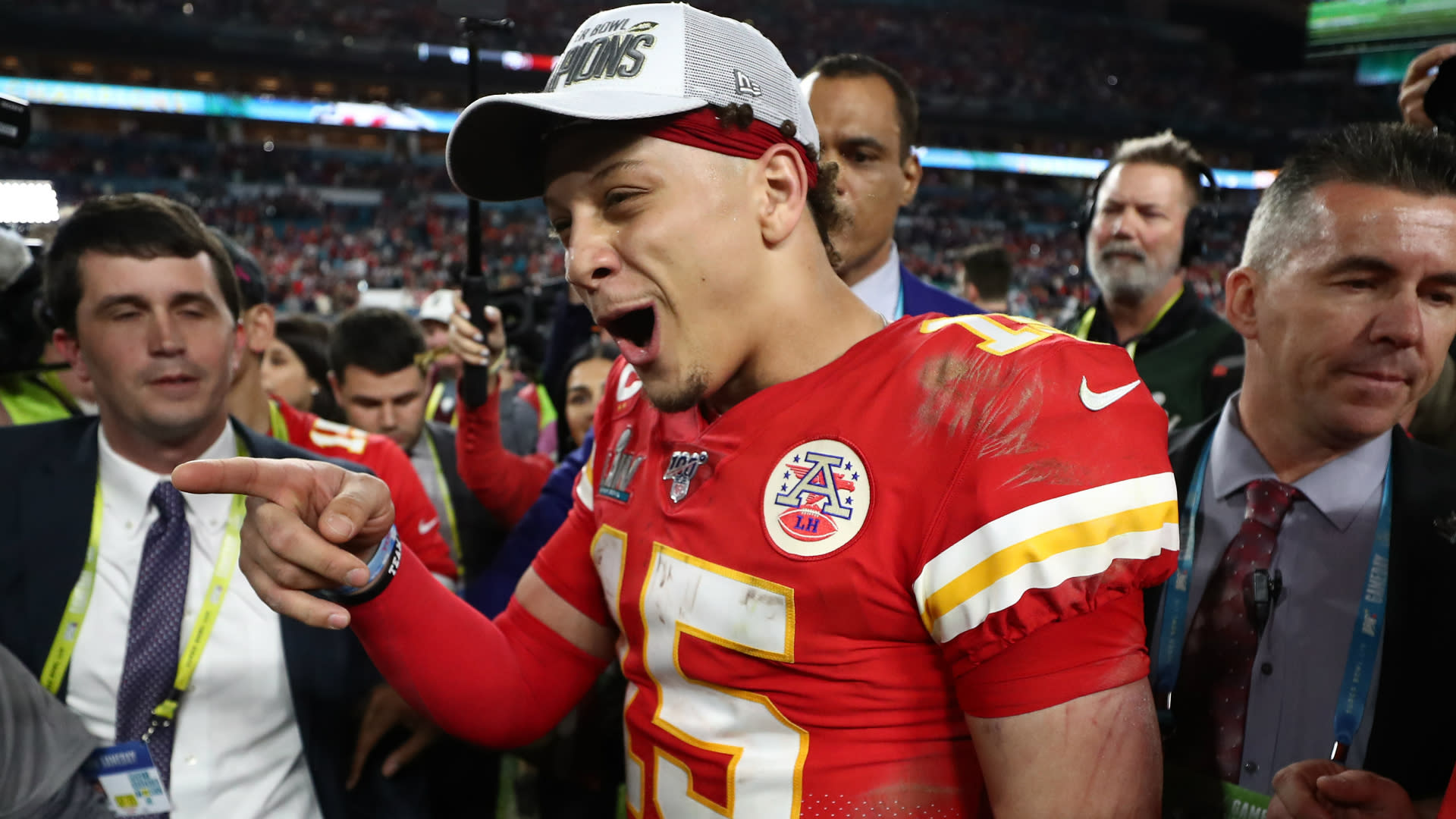 Mahomes will remain in Kansas City through the 2031 season after signing a mammoth new deal reportedly worth up to $503million, including $477m in guaranteed mechanisms.

Mahomes – the 2018 NFL MVP – had two years remaining on the rookie contract he signed after being taken by Kansas City with the 10th overall pick of the 2017 draft.

«Congrats brother!!!! Let me borrow $5,» James wrote in an Instagram story on Monday.

After sitting behind veteran Alex Smith as a rookie in 2017, Mahomes took the NFL by storm the following year in his first season as a starter.

The Texas Tech product threw for 5,097 yards and 50 touchdowns, tied for the second-most in a single season in league history, while leading the Chiefs to a 12-4 record and earning NFL MVP honours. He joined Peyton Manning (2013) as the only players with 5,000 passing yards and 50 touchdown passes in a season.

Mahomes followed up by leading the Chiefs to their first NFL championship in 50 years with a 31-20 come-from-behind victory over the San Francisco 49ers in Super Bowl LIV in February.

The 24-year-old threw two touchdown passes in the fourth quarter as Kansas City scored 21 unanswered points to overturn a 20-10 deficit, and was selected as the youngest MVP in Super Bowl history.

Mahomes, who is 24-7 as a starter in regular-season games and 4-1 in the postseason, currently owns league records for passer rating (108.9) and passing yards per game (302.4) among quarterbacks with at least 25 career starts.