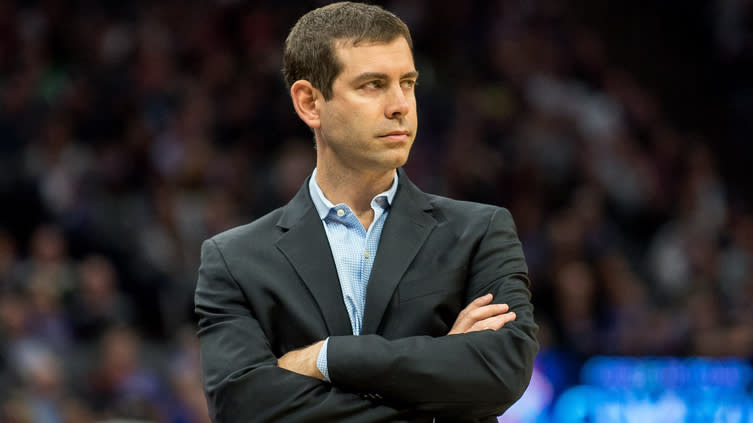 As Boston Celtics coach Brad Stevens broke down his team’s rust-filled 98-84 scrimmage loss to the Oklahoma City Thunder on Friday night, he kept reverting to one big takeaway.

«Chris Paul dominated the game with his voice,» said Stevens. «That’s going to be critical as you move forward to be connected and communicate and doing those types of things. That was a great lesson for us.»

Attend a Celtics practice session and you won’t come away thinking you accidentally stumbled into a library. Scrimmage work is usually a wall of noise where, above the squeaking shoes, you hear players screaming out plays, adjusting defenses, or trash-talking.

But as Boston braces itself for these fan-less games inside the Disney bubble, it’s interesting to hear Stevens vocalize how one player is capable of taking over a game with his voice.

Maybe it’s not a surprise, then, that the Celtics struggled at the point of attack, allowing Paul and Oklahoma City’s other ball-handlers to get into the teeth of Boston’s defense and make plays.

Stevens, from his first Zoom call in advance of the Orlando restart, has been adamant that Boston needs to put a focus on ball pressure and making other teams uncomfortable. Instead, Paul directed traffic at both ends of the court and Oklahoma City made Boston’s starters look uneasy throughout the first half.

«I point back to the biggest thing we take away from this is we all heard Chris Paul dominate the game with his voice. That’s it. If we would have played the whole game, they would have won because he was dominating the game with his voice. They are going to be a tough out, just being out here and watching them in person and hearing them in person.»

There were positives to be plucked for the Celtics. Jaylen Brown made some tough shots, Robert Williams displayed a new midrange jumper, and 2-way point guard Tremont Waters does some wondrous things with the ball in his hands.

But it’ll be hard to find much for Celtics fans to cling to. Jayson Tatum missed five of the six shots he took; Daniel Theis negated some nice offensive sequences by struggling to hold up against Steven Adams; none of the rookies made a particularly strong initial case to be part of a tightened playoff rotation, especially with Romeo Langford out due to illness. Kemba Walker, of course, sat out due to a sore left knee.

Conditioning is something that will come for the Celtics as these scrimmages go along. Players will make more shots, the defense can be crisper. But it’s fair to wonder if,  in the bubble environment, if the Celtics will need to adjust their vocality.

«The fastest team that makes that [vocal] adjustment is going to be the better team,» said Brown. «So while we’re here, we gotta be vocal, we gotta reach out, we gotta adjust as fast as we can. Chris Paul did a great job of organizing his team and we gotta do a better job of organizing ours. We are young, we got a lot of stuff to work on. We’re going to get there.»

We knew going into these bubble games that things would be different. It was fair to wonder how those variables might impact the game. Maybe Paul’s voice isn’t as big of a deal if the Celtics don’t play with so much rust. But it’s something to monitor as teams adjust to quieter gyms.

Stevens wants his team to be louder. It’s a message he sent loud and clear