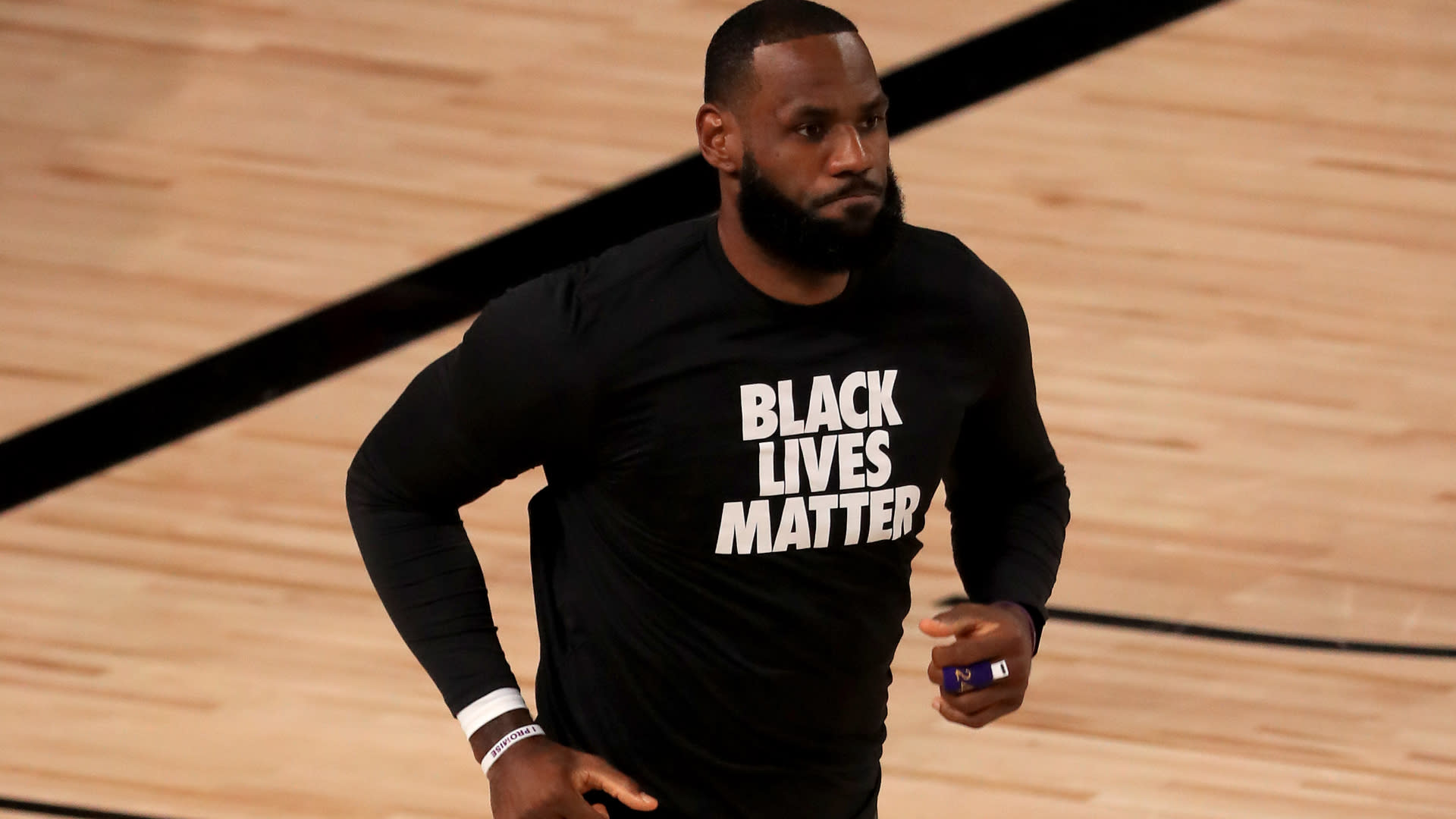 Just as the New Orleans Pelicans and Utah Jazz did earlier on Thursday night in the first official game of the NBA’s restart, the Lakers and Clippers kneeled together during the national anthem in a show of solidarity in support of social justice.

LeBron James, Anthony Davis, Kawhi Leonard and their teammates all lined up down the sideline in Orlando, FL. Everyone was wearing ‘Black Lives Matter’ warm-up shirts.

They then kneeled for the anthem with their arms locked together. It helped continue the theme of making social justice matters a focal point of the NBA’s return, as the league gets going again for the first time since March.

The NBA and its players are aiming to make sure the league does not distract its fans from the nationwide social unrest. Among the efforts include allowing players to put social justice messages on the backs of their jerseys.

Opening night featured displays of protest by all four teams during the national anthem before their games. It sounds like other teams will do the same before their first games in the coming days. The Wizards have indicated their players will have a demonstration before their opener on Friday afternoon against the Suns.