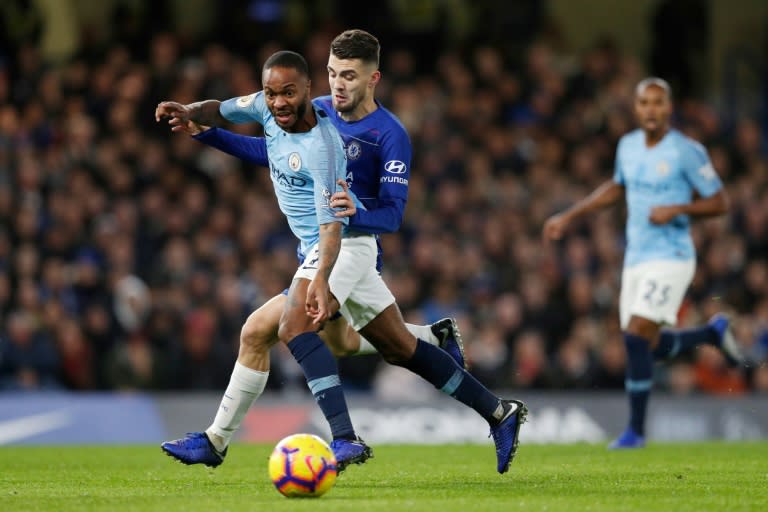 London (AFP) – Frank Lampard said he had «worked hard» to get the Chelsea manager’s job after Raheem Sterling argued there was not a level playing field for black managers in the English game.

The City forward, a leading voice in the fight against racial prejudice, said Lampard and Steven Gerrard, the boss of Rangers, had landed top jobs whereas their black former England teammates had not been given the same chances.

Lampard was given one of English football’s most sought-after roles after just one season in management at Championship side Derby County.

Gerrard was appointed manager of the Scottish giants in 2018 with no previous managerial experience.

Earlier this month, Sterling compared the roles offered to Lampard and Gerrard with the positions that Sol Campbell and Ashley Cole are in.

Campbell is manager of Southend, who were relegated to the fourth tier of English football this season, after starting his managerial career at Macclesfield.

Cole, who finished his playing career under Lampard at Derby, is now part of the coaching staff as an academy coach at Chelsea.

«With Raheem, the individual comparison when you don’t have the detail of each person’s pathway I felt wasn’t quite right,» said Lampard, a former Chelsea player.

«It is very hard to make that comparison from the outside.»

Lampard stressed that opportunities had to be «equal for everybody».

«We all agree on that, within that there are the details of how hard you have worked,» he said. «I certainly worked hard in my career to get this opportunity.»

However, Lampard was keen to underline his support for Sterling’s wider call for greater equality within the game and for an end to racist abuse.

«What Raheem Sterling has spoken about in the last year or two, he has been brave enough to speak about issues that maybe have not been broached and should have been broached before. I think it is huge credit to him,» added the Chelsea boss.

«As a player and as a person, what he has stood up for over the past few years has been fantastic.»

Manchester City winger Sterling returns to Stamford Bridge on Thursday for the first time since he was the victim of alleged racial abuse in a Premier League meeting between the two sides in December 2018.

After that match, Sterling challenged the media to reflect on their depiction of black players and how it affects the attitudes of fans.