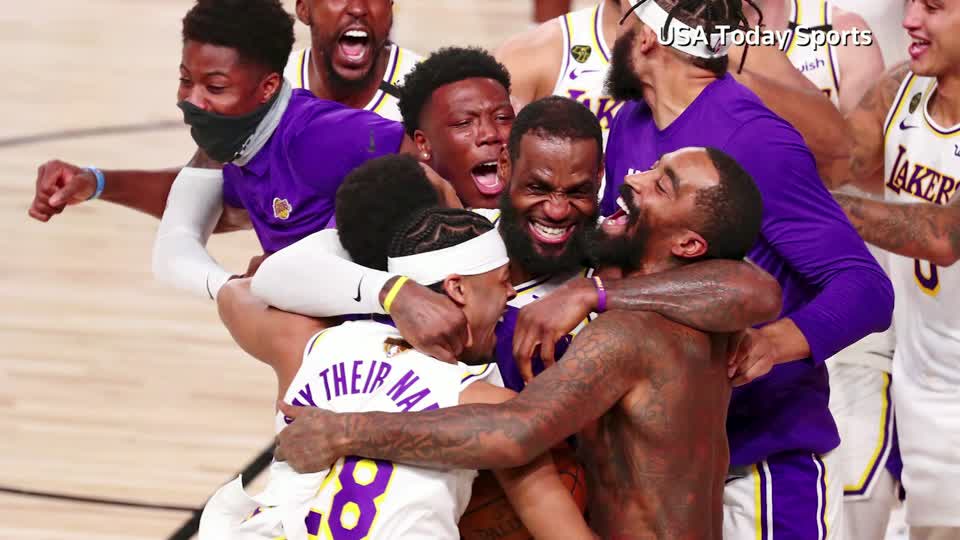 Fans of the Los Angeles Lakers rejoiced outside the Staples Center on Sunday as the team nailed a 17th championship win at the NBA Finals over the Miami Heat.

They’re now tied with the Boston Celtics for record number of title wins.

«Man, there’s so many emotions going on right now I can’t even describe myself, like, it’s just crazy. You know, it’s been 10 years and I feel like this is all dedicated to Kobe. Shout out to Kobe, rest in heaven.»

LeBron James led the Lakers to victory with 106 points over the Heat’s 93.

James was named the Finals MVP, capping another illustrious title run with 28 points, 14 rebounds and 10 assists.

Having earned the MVP title in each of his four championship seasons, he’s now the first player in NBA history to take home the award with three different teams.

The Lakers held on to their unstoppable lead throughout the game, up by 28 points at the break, the second-largest halftime lead in NBA Finals history.

And with little over a minute left on the clock, James and fellow Laker Anthony Davis gathered with their teammates at the bench to begin the celebrations.