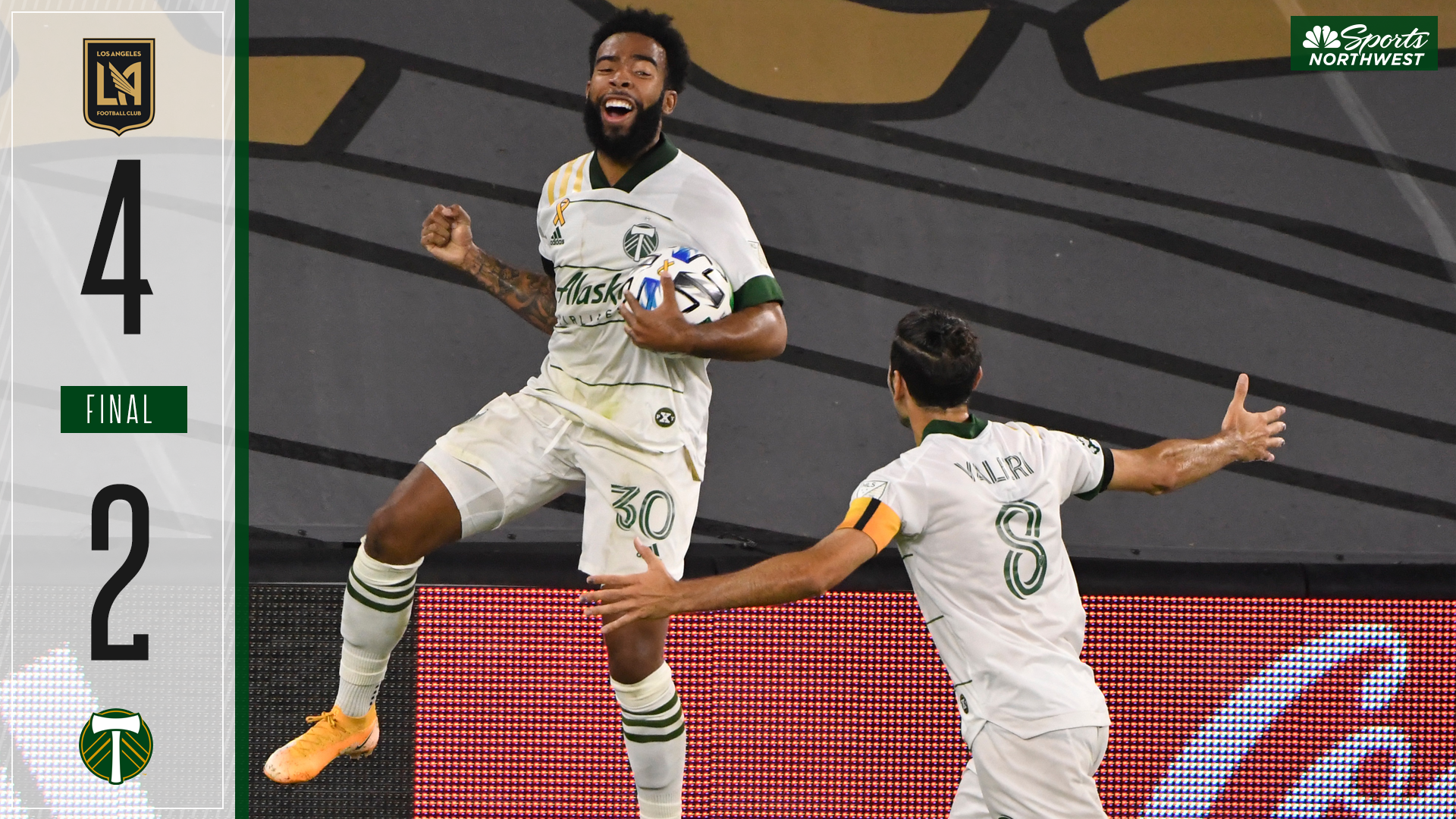 Things were going great for Portland for the first third of Sunday’s match against LAFC.

The Timbers held a 1-0 lead, with just ten minutes until halftime, after Eryk Williamson took advantage of beautiful Timbers ball movement to score in the 24th minute.

Little did the Timbers know they would soon be facing a two-goal deficit.

However, the Timbers didn’t quit, with Jeremy Ebobisse scoring just before halftime to get within a goal heading into the locker room.

But, Portland could never find the equalizer in the second half, ultimately losing 4-2 in Southern California after a Danny Musovski goal in the 95th minute, ending all hope for a Timbers comeback.

Portland did have multiple close calls in the second half to equalize, though.

First, Dario Zuparic’s header was saved on the line by LAFC and then Diego Valeri’s free kick connected with the far post rather than the back of the net.

The most costly, was when the referee elected to not award Niezgoda a penalty kick in the 90th minute on a breakaway after he ended up on the ground inside the box. No clear and obvious error was found by the video assistant referee which kept LAFC’s one-goal advantage intact.

On replay, it appeared the LAFC defender connected with the ball before taking Niezgoda to the ground.

With three games this week, head coach Giovanni Savarese decided to bring designated players Jaroslaw Niezgoda and Yimmi Chara off the bench. Chara, approved for 45 minutes Sunday by the franchise, replaced Marvin Loría to begin the second half and Niezgoda replaced Felipe Mora in the 68th minute.

Additionally, Diego Chara was suspended for Sunday’s contest due to yellow card accumulation in the team’s previous two matches.

Mora, who assisted on the Timbers first goal, did not score which ended his three-game scoring streak.

With the loss, Portland (14 points) was jumped by LAFC (15 points) to fall to sixth place in the Western Conference.

Next, the Timbers will take on the San Jose Earthquakes on Wednesday, September 16 at 6:30 p.m. PT. in the first of back-to-back matches against the West Coast foe.