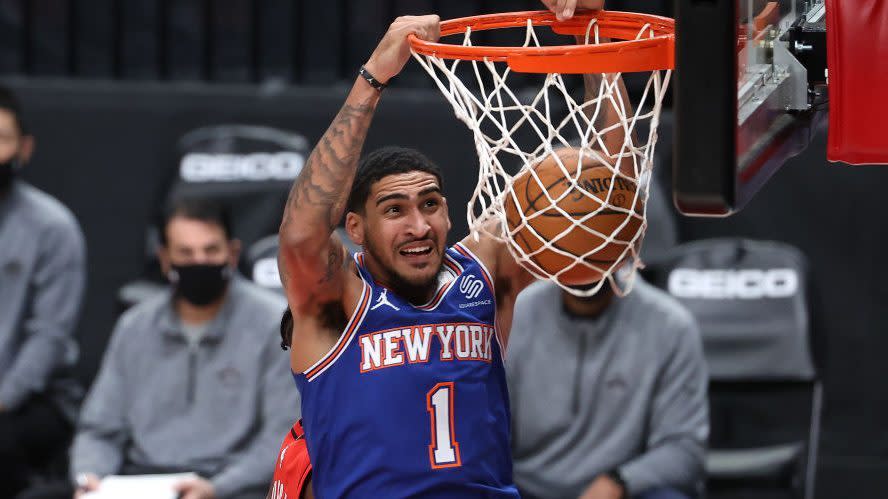 Obi Toppin can throw it down. We saw it at Dayton a lot and in leaked videos out of practices.

His chance to show what he can do has been limited in New York this season, where he gets a little run at the start of the second and fourth quarters, but with the way Julius Randle is playing Toppin is squeezed. Still, a third of Toppin’s

To raise his profile, Toppin is headed to the Dunk Contest, reports Shams Charania of The Athletic.

The Dunk Contest will take place at halftime of the All-Star Game, set for March 7 in Atlanta.

No word yet on what other three players might join Toppin in the Dunk Contest, although Zion Williamson left the door open to the idea in recent comments to reporters — “Who knows? That’s all I can say.”

Portland’s Derrick Jones Jr. is the reigning Dunk Contest champion (even if he shouldn’t have beaten Aaron Gordon), but he hasn’t said if he would defend his crown.