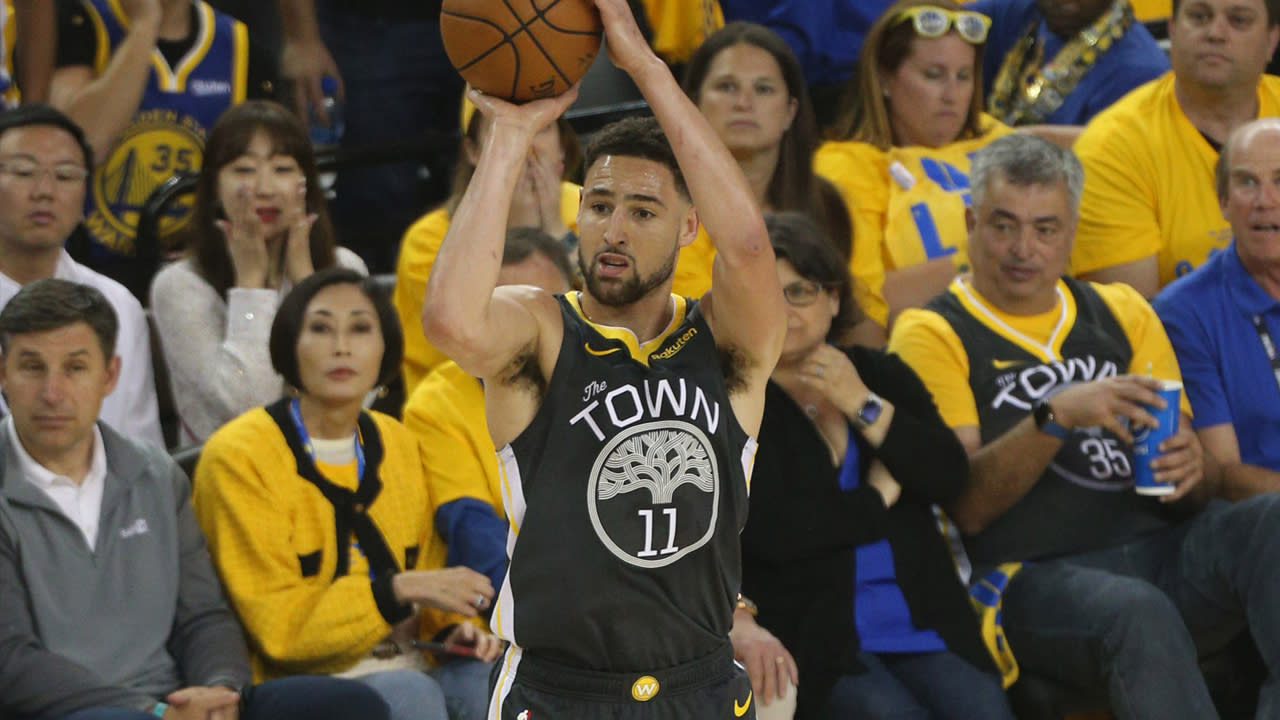 Klay nails sweet corner 3-pointer, getting back to himself originally appeared on NBC Sports Bayarea

The Warriors don’t expect Klay Thompson to be ready to play in games until some time in December, but the All-Star shooting guard is making progress towards his goal of returning after two years away from the game he loves.

While Klay’s boating videos have been all the rage this summer, a video he posted late Thursday night surely will get the attention of Dub Nation.

Warriors fans definitely have missed this sight, which they haven’t seen since Game 6 of the 2019 NBA Finals.

«Grateful to be doing what I love again,» Klay wrote on the video. «Slowly & surely getting back to myself.»

It’s noticeable that Klay landed only on his left leg, trying not to put too much pressure on his right leg. But he was able to push off on his right foot after making the shot, which is a good sign. As he said in his post, this is a long recovery. It’s going to take time for him to feel completely comfortable landing, planting and pushing off on his right foot.

RELATED: Steph eager to get «confident, energetic» Klay back

The Warriors have had an impressive offseason, bringing back Andre Iguodala, signing Otto Porter Jr. and Nemanja Bjelica, and drafting Jonathan Kuminga and Moses Moddy with lottery picks. But everyone, including coach Steve Kerr, knows that Klay is the X-factor for the 2021-22 NBA season.

If Klay returns in December and can quickly get back to his pre-injury form, the Warriors should be able to contend for the NBA title. If not, it might be another tough season in San Francisco.