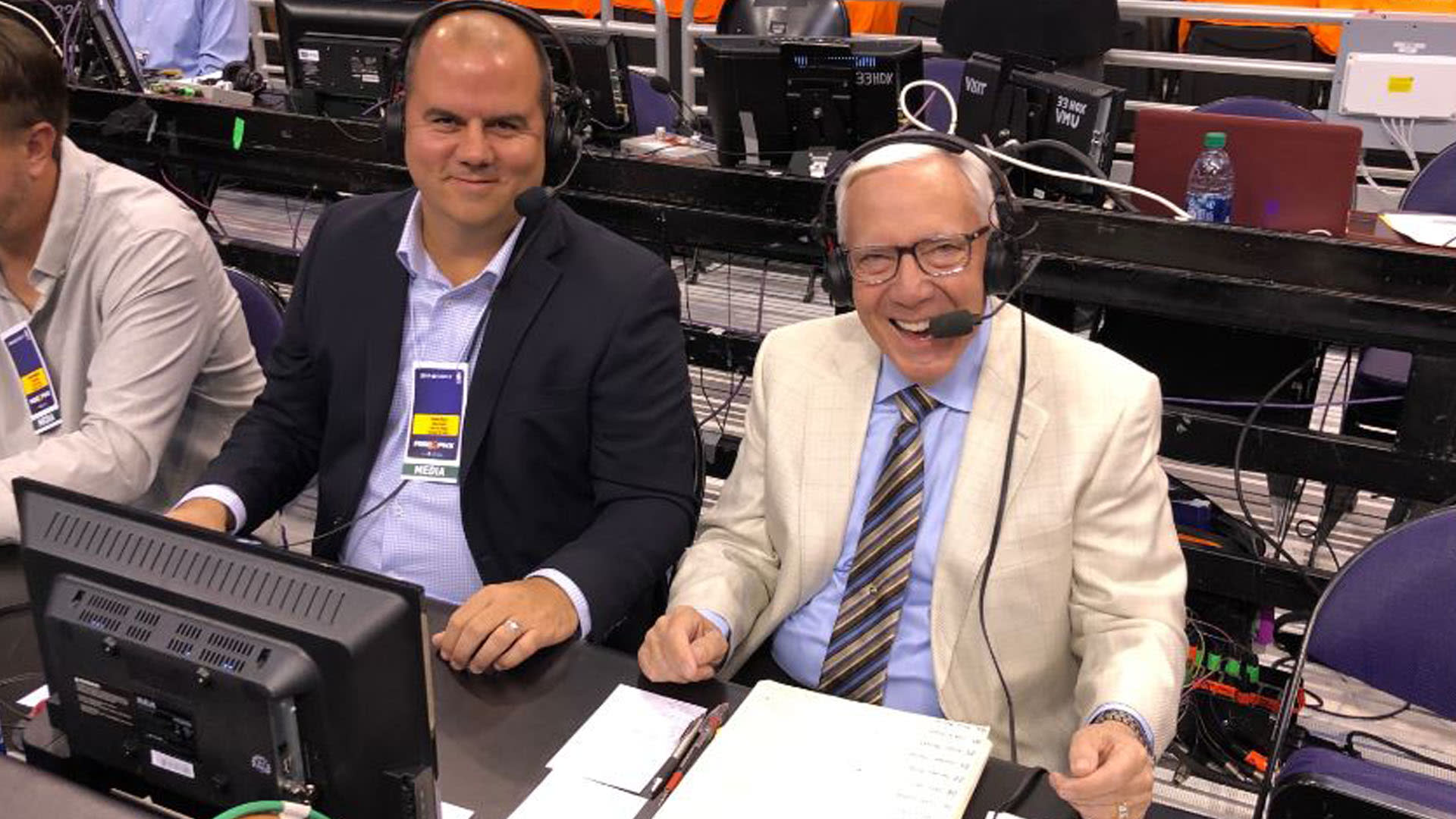 The Kings have made a decision on who will step in and take care of television play-by-play duties for the final eight games of the 2019-20 season. Long time radio voice Gary Gerould will fill in on an interim basis alongside analyst Doug Christie for the eight-game NBA restart in Orlando.

Gerould and Christie will call the games virtually from Golden 1 Center on NBC Sports California beginning around July 30.

Following the season, the Kings will do an exhaustive search for the permanent replacement for Grant Napear, who resigned from his position on June 2.

«I am so pleased to have this opportunity and excited to be alongside Doug to call the team’s return to the court in Orlando,» Gerould said via press release. «It is an absolute joy to return to the game I love and welcome the challenge of once again calling Kings action on TV. I am grateful to the organization for entrusting me to resume the season and deeply appreciative to all the Kings fans for their tremendous support over the years.»

Gerould has been with the Kings organization for 35 years, calling the action on the radio for most of that time. From 1994-98, Gerould stepped into the same role on the Kings TV broadcast.

In total, Gerould has called 2,769 Kings games. He is a legend in the industry and should be able to fit in alongside Christie seamlessly on the NBC Sports California broadcast.

«Gary Gerould is one of the most accomplished and respected play-by-play announcers in the NBA, and his decades-long association with the Sacramento Kings has given him an unsurpassed connection with the team and the community,» said Matt Murphy, Senior Vice President and General Manager of NBC Sports Bay Area and NBC Sports California. «We are thrilled to welcome G-Man to NBC Sports California and look forward to him sharing his passion for the game with our viewers.»

With Gerould moving to television, Jason Ross, who has been a part of the radio broadcast team for over 2,000 games, will step into Gerould’s role calling games on the radio on Sports 1140. Ross currently handles pre, halftime and postgame duties on the radio side.

«I am so excited about this opportunity provided by the Sacramento Kings and really look forward to calling the restart of this unprecedented season,» said Jason Ross. «I am also thrilled to see the pairing of the G-Man with Doug Christie on TV. Having worked with Gary for 25 seasons, who has been a mentor and a role model, I accept the challenge of filling his big shoes.»

The Kings will have a short window to make a push for a postseason bid as the league restarts amidst the coronavirus pandemic.