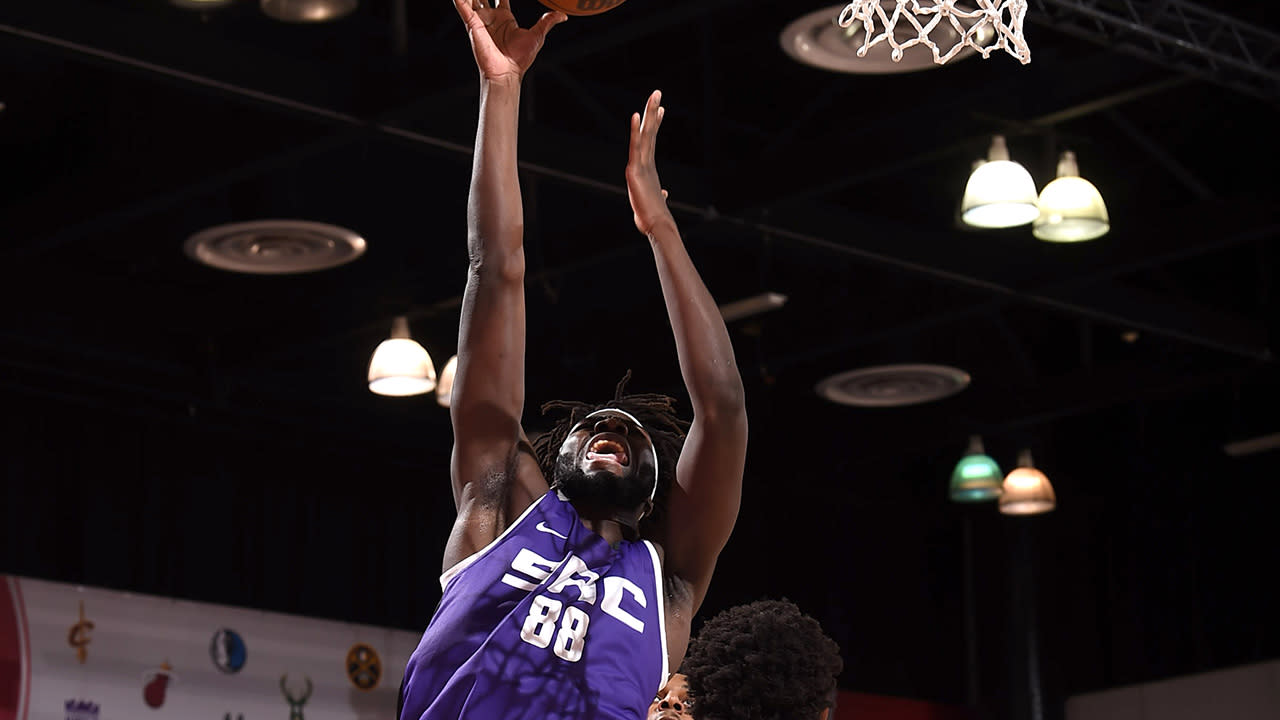 The second round of the NBA draft is a crapshoot. For every Richaun Holmes, there is a player like Rakeem Christmas, who was drafted the pick before Holmes and has played in a total of 30 games in the league.

For every second rounder like Isaiah Thomas, Khris Middleton, Draymond Green or Nikola Jokic, there are countless players who never even make it past a single training camp.

Fewer than 500 players are blessed to play in the NBA every season and then 60 new draft picks line up to try and take those jobs the next summer. Making it in the league is a battle and not one for the faint of heart.

The newest face trying to make his mark with the Sacramento Kings is Portuguese big man Neemias Queta, who general manager Monte McNair selected with the No. 39 overall pick in the 2021 NBA Draft.

The 7-footer out of Utah State put up big numbers at the NCAA level, but the path to the NBA is narrow, even if you’re tall enough to change light bulbs without a step stool.

Queta came into Summer League training camp with some ankle soreness and missed most of the opening three days of camp. He has been able to step in and started the last two games for the Kings in Las Vegas, which is a very good sign for his development and his ability to learn on the fly.

He is long, rangy and a lot more agile than expected. He has shown an ability to defend the paint and the perimeter and he has an advanced understanding when guarding the pick-and-roll.

“He’s going to have some patches, trying to understand the language and understand the game, because it’s different than college,” Summer League and Stockton Kings head coach Bobby Jackson said. “But he asks a lot of questions. He understands it. He wants to learn. He’s a hard worker.”

Jackson said that Queta is behind the curve after missing time, but he’s quickly adjusting to the uptempo style of Summer League and he’s holding his own against the competition.

In Monday’s win over the Charlotte Hornets, Queta finished with nine points, six rebounds and a highlight-reel block that got his coach’s attention.

“He had one play yesterday where he sprinted and showed his athleticism,” Jackson said. “He blocked it, we came down, we got a dunk and that’s what we’re going to need him to do.”

That’s the type of play that became commonplace for Queta at the NCAA level. In his final year at Utah State, he averaged 3.3 blocks per game, which was good enough for third in the nation.

In the team’s 88-75 win over the Washington Wizards on Tuesday, Queta managed to post six points, six rebounds, a block and a steal in 21 minutes. He’s a big body in the post and he’s extremely vocal, despite his inexperience at the pro level.

The 22-year-old is mature and already earning more time. He has a toughness the Kings need and there is potential for him to vastly improve his body when he starts working with the training staff in Sacramento

For now, he’s holding down the fort for the Kings in the middle and he’s already shown more than what you would expect for a player that has barely had time to unpack a bag.

“He’s been tremendous,” Jackson said. “We’re asking him to protect the paint, rebound, block shots and be the anchor on the defensive end. And that’s what I’m going to ask him to do this year in the G League.”

Queta, who signed a two-way contract with the Kings over the weekend, will bounce back and forth between Sacramento and Stockton this season. He can be in uniform for up to 50 games with the main club, although Jackson and his staff likely will build their defense around the big man down in the G League.

The Kings are deep in the frontcourt, but there is always a chance for a trade, injuries or players just struggling during an 82-game season. This is a good thing for Queta. He will get a chance to learn, work on his body and get plenty of reps running up and down the court in Stockton.