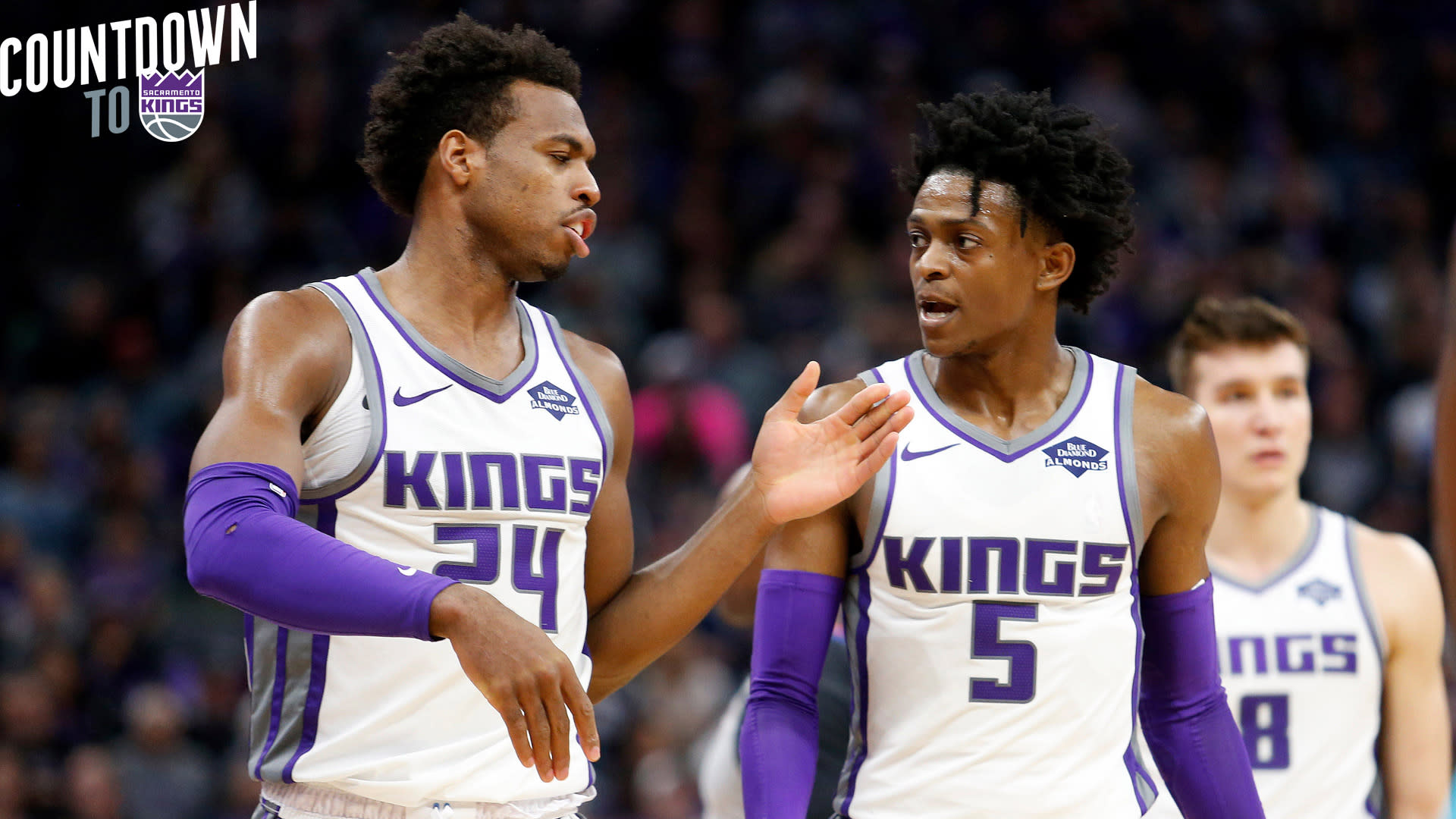 The NBA restart is quickly approaching. For the Sacramento Kings, they are scheduled to leave the friendly confines of their practice facility at Golden 1 Center on July 8 and make the cross country flight to the Orlando bubble.

From there, it’s more quarantine and a build up to an eight game schedule beginning on July 31 against the San Antonio Spurs.

The Kings currently have three confirmed cases of coronavirus amongst their players. Alex Len and Buddy Hield are currently quarantined in Sacramento. Jabari Parker stayed in Chicago due to a positive test, although he was seen out and about over the weekend.

Normally we wouldn’t hit a full primer for an eight game stretch, but it’s been almost four months since the Kings and the league as a whole shut everything down on March 11. There was an evolving rotation at the time that had just added Richaun Holmes back to the mix, but Marvin Bagley was still out of action for Sacramento.

Now with a full roster of 17, the Kings are ready to hit stage three of the restart. Beginning Wednesday, the team will conduct mandatory individual workouts and there is even hope for a Zoom call with coach Luke Walton and a player or two this week.

Walton’s crew can’t begin practicing as a team until July 9 or 10 in Orlando, but they are moving closer to putting it all back together. Here is a look at what to expect once the Kings take the floor for their first game.

Fox is the straw that stirs the drink for the Kings. The speedy third-year guard was taking a tremendous leap forward in production at the time of the shutdown and the added layoff likely did wonders for his left ankle that he injured early in the season.

Walton made a move to Bogdanovic in late January and the team responded with a 13-7 record. When the season went on hiatus, Bogdanovic had started to settle into his role, averaging 17 points on 52.5 percent shooting from the field and 41 percent from 3-point range.

Barnes spends much of his time on the court moving back and forth between the two forward positions. The team’s leader in minutes played, he’s reliable and his versatility has helped Walton create mismatches on the court.

For the second straight season Bjelica has stepped in and helped stabilize the Kings. The 31-year-old out of Serbia leads the Kings in 3-point percentage at 42.4 percent and he’s averaging career highs across the stat sheet.

Holmes is the best free agent find the Kings have stumbled upon in years. The 26-year-old plays hard on both ends of the court and the break is just what his ailing shoulder needed.

Joseph kept the Kings from completely falling apart when Fox went down with an ankle injury. He is a steady hand that plays defense and rarely makes a mistake.

There has to be at least a small amount of concern regarding Hield after the coronavirus diagnosis. The Kings’ leading scorer from a season ago, Hield has begrudgingly moved to the bench and flourished. One of the great 3-point shooters in the game, the Kings need Hield 100 percent if they have a shot at making the postseason.

From the moment Kent Bazemore walked into the Sacramento locker room, he started making an impact. A versatile defender and streaky scorer, Baze is the type of catalyst player the Kings needed to turn their season around.

When Holmes went down with a shoulder injury, Giles and Len stepped in and became a nice two-headed monster. Giles is a gifted passer and Len is the big defender and rebounder. The Kings aren’t going to need both of them every night, but they provide nice depth for Walton to work with.

Bagley’s season was completely derailed by injury. First a broken thumb slowed him down and then a foot issue lingered. Now healthy, Bagley can provide a scoring punch and rebounding, but he’s missed a ton of development time. Will Walton turn to the former No. 2 overall pick or make him watch from the sidelines?

Sacramento was the first team to sign a free agent when the league opened back up. Brewer finished last season with the Kings and provides defense, energy and the ability to bring chaos to the court. He’s also a veteran that can step on the floor and fit into any system.

Barring injury, Walton won’t play 11 or 12 players on a nightly basis. Bagley is the future, but the addition of Brewer allows the Kings’ head coach to use Barnes for more minutes at the four with Bazemore, Hield, Bogdanovic and Brewer filling time at the wing.

Ferrell played in 71 games last season for Sacramento and can score in bunches. With the addition of Joseph, Ferrell’s minutes have been limited, but he keeps himself in great shape and should be ready to step in if the moment calls for it.

General manager Vlade Divac found James deep in the second round last season, but he’s instantly become a favorite inside the walls of Golden 1. He has a ton of energy and projects as a young Bazemore/Brewer type player.

Parker came over with Len via trade mid-season. He played in a single game before finding his way to the end of the Kings’ bench. As of Saturday, the Kings were looking into reports that he was both out at a local Chicago restaurant on Friday and that he was photographed playing tennis on Saturday, all while he was supposed to be under quarantine with the coronavirus.

Guy and Jeffries are both two-way players and will be needed for practice and emergency bodies. Guy is the scorer and Jeffries is a physical perimeter defender. Neither are expected to break into the rotation in Orlando.

The Kings were on a role when we last saw them, but that was a long time ago. There is hope that Hield, Len and Parker will all be ready when the game action starts in late July.

Walton has a deep and versatile roster to work with. Sacramento was playing a much slower pace than expected, but they were at nearly 35 3-pointers per game and they ranked 11th in the league in 3-point percentage at 36.4 percent.

The Kings were showing improvements on both ends of the court in March, but they ranked 19th in both offensive and defensive rating overall on the season.

When Walton’s crew is on, they are a high-powered, fun team to watch. When they are off, it usually snowballs and leads to poor play on both ends of the court.

At 28-36, the Kings are lucky to still be in the race. They are mostly healthy and plenty of players have been in Sacramento working out for a while. Whether that translates to victories is anyone’s guess, but they have eight games to prove they are worthy of a play-in game or two. If they hit the ground running in Game 1 of the restart, they have a shot.