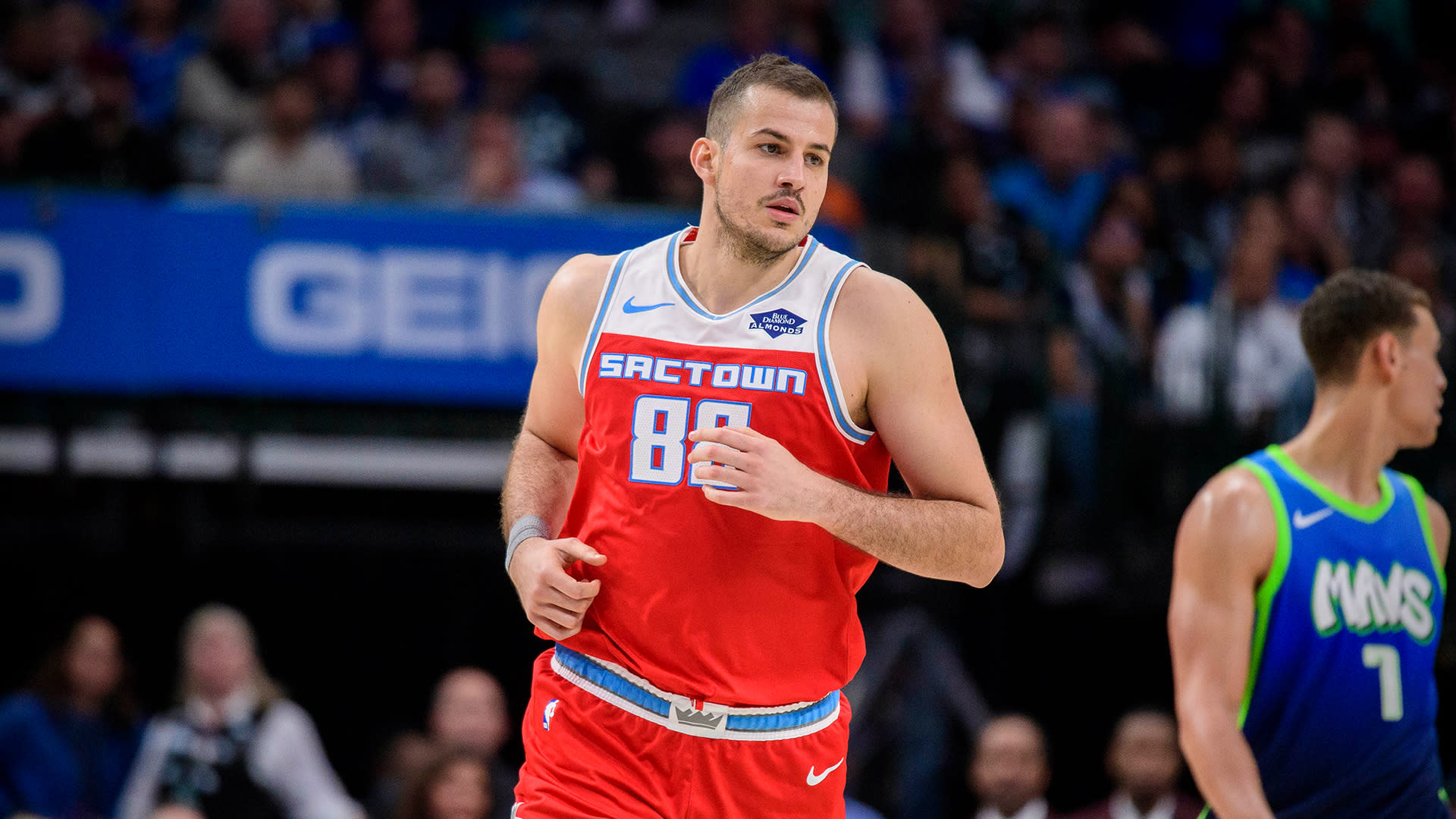 The last two seasons, the Kings have been saved by an underappreciated player.

Nemanja Bjelica isn’t flashy and he isn’t going to win any foot races. He can’t jump over his defender and his physique might say computer programmer more than it does NBA player.

But when the Kings need someone to step in and hit a big shot or fill a void at a position, the Serbian-born big has more often than not come through.

«He’s great for us,» coach Luke Walton said. «One of the things I learned from coaching him this year is how much more he has to his game than just being a shooter. His playmaking ability, he’s a solid rebounder, very intelligent as far as being a team defender. He’s got a lot to his game I didn’t know about.»

The 32-year-old seems to be getting better with age. Thrust back into the starting lineup after the opening game of the season when Marvin Bagley broke his thumb, Bjelica is having another career-year in Sacramento.

Bjelica isn’t the most agile player and there are moments when he gets in trouble on the defensive end, but his ability to stretch the floor and make the right play have helped stabilize the Kings starting lineup.

«I like shooting threes, spreading the court, but I also think I can do some other things and also make my teammates better,» Bjelica said.

With the Kings missing Richaun Holmes and Alex Len for much of camp, Bjelica has been asked to shift over and play center as well as power forward. His versatility allows Walton to play small ball and he can even run the offense through Bjelica for stretches.

«To be honest with you, I like playing sometimes at the five, especially the stretch five,» Bjelica said. «When I need to stretch the floor, with Buddy [Hield] and Bogi [Bogdan Bogdanovic] together, especially with De’Aaron [Fox] on the court. I feel comfortable.»

After the season opener, Bjelica started 61 of the Kings’ 63 final games this year, after logging 70 starts the year before. He’s become a reliable asset to the Kings’ rotation and he has clearly earned his minutes from the coaching staff.

«It gives you a lot of confidence, especially when coach trusts you,» Bjelica said. «The rest of your teammates can see that and everybody trusts you. It’s a nice feeling when you feel important for the team, that I can do some good stuff.»

A long-time member of the Serbian national team, Bjelica often plays throughout the offseason. The four month break due to the coronavirus pandemic allowed the 6-foot-10 big man a chance to take a break, heal up and then focus on his body for the upcoming sprint to the finish line.

«I feel really good, I lost some weight and I’m ready for the restart,» Bjelica said.

Sacramento landed Bjelica in the summer of 2018 on a three-year, $20.5 million contract. The third year is non-guaranteed, but at this point, the Kings would be crazy not to pick up the final season at $7.15 million, especially with Bagley’s continued issues with injuries.

The Kings have missed with more than a few free agents over the last few seasons, but Bjelica has been an absolute find. If the Kings have a shot at upsetting the odds makers in the Orlando bubble and stealing away a playoff spot, they’ll once again need their starting power forward to come up big.