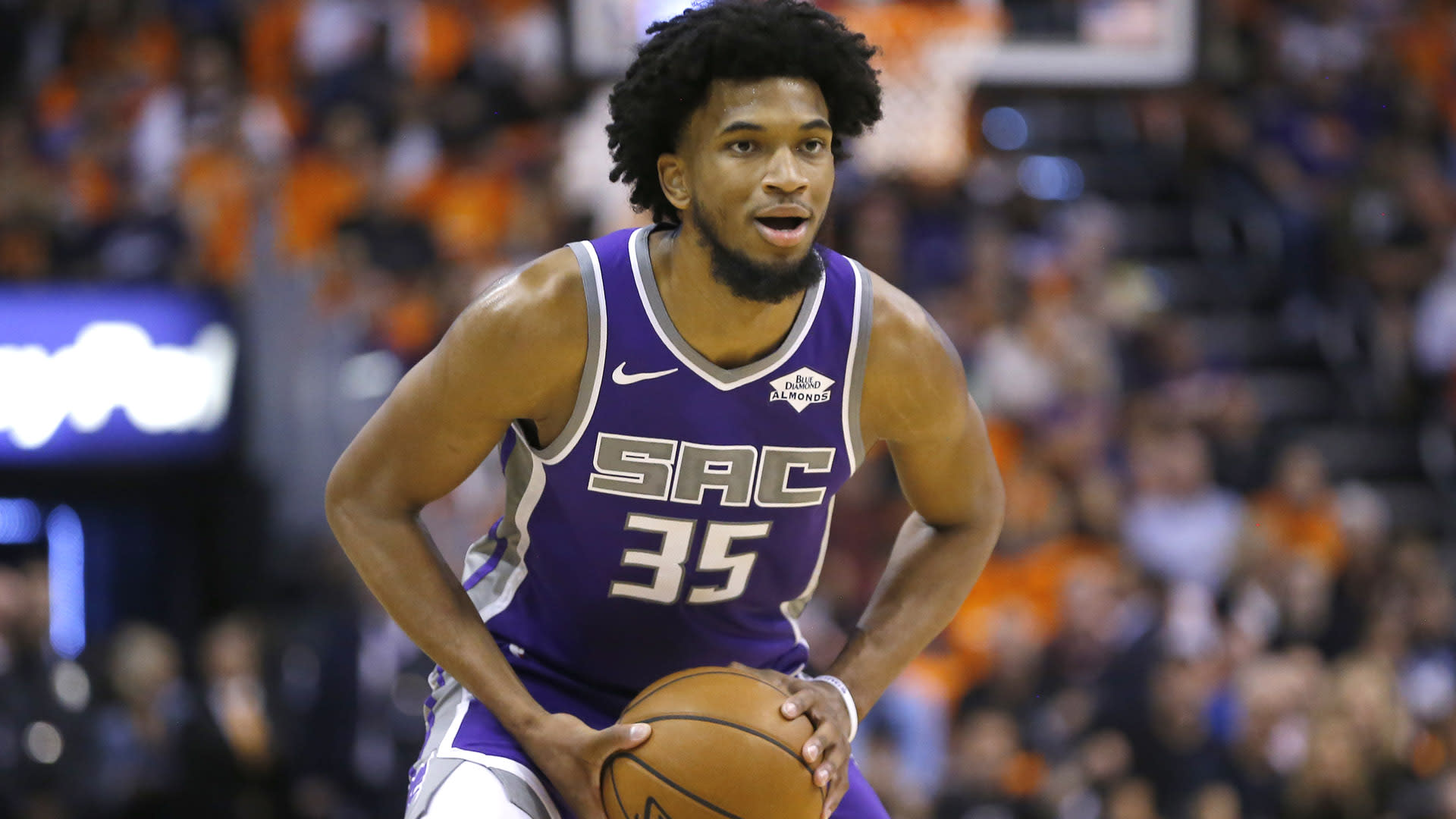 The Kings got good news and bad news Wednesday in the Orlando bubble. Sacramento is inching closer to getting two starters back ahead of the restarted NBA season, but one player has left the bubble and another still is waiting on clearance to join the squad.

Starting with the good news, point guard De’Aaron Fox has been cleared to resume non-contact drills with the team and the Kings are encouraged by his progress after he sprained his ankle last week.

«We’re very hopeful that he’ll be ready for game one,» coach Luke Walton said Wednesday before the Kings took the floor for their first scrimmage game of the NBA’s restart. «He looks good. We pushed him pretty hard yesterday in practice, and he didn’t have any setbacks in how he felt when he woke up today.»

In addition to Fox, the Kings have center Richaun Holmes back in the fold after a 10-day league-mandated lockdown.

Holmes worked hard during his quarantine, using an exercise bike, a punching bag and other equipment brought to his room by the Kings’ training staff. The makeshift tools seem to have worked.

«I’m pleasantly surprised how good he’s looked since the short amount of time he’s been back,»  Walton said. «I was a little concerned — that much time by yourself, not playing basketball, not running, not jumping — that he’d be a little further behind, but he looks good.»

Walton said the team will continue to bring Holmes along slowly as a precaution. But like Fox, he should be back in time for the beginning of the restart.

The news isn’t nearly as good for Marvin Bagley and Harrison Barnes. Bagley learned Tuesday that he will miss the remainder of the season with a right foot sprain. Instead of staying in the bubble with his teammates, he has decided to leave the campus and head home.

«It’s unfortunate, he really was playing well, he looked great,» Walton said, adding that Bagley’s departure «doesn’t mean that we stop from what we’re trying to do.»

Walton said the Kings aren’t allowed an injury replacement for Bagley at this point. The only exemptions from the league are for players who feel uncomfortable with the setting or for those who have tested positive for the coronavirus.

Barnes continues to sit in Sacramento awaiting clearance to join the team after testing positive for the coronavirus during the Fourth of July weekend. He has to test negative two consecutive days before flying to Orlando, but Walton said the team has a plane waiting for him if he can get through protocol.

The short-handed Kings open their scrimmage schedule Wednesday at 5 p.m. PT against the Miami Heat. NBC Sports California will televise the game with Gary Gerould and Doug Christie on the call. You can also stream it on the My Teams app.