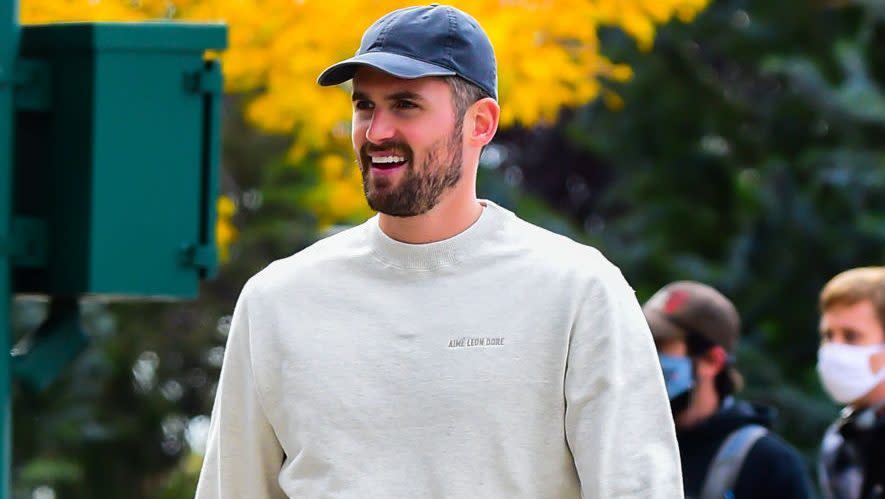 Cavaliers forward Kevin Love explained his depression while with the Timberwolves in 2012:

The future started to feel meaningless. And when it gets to the point where you lose hope, that’s when the only thing you can think about is, “How can I make this pain go away?”

I don’t think I have to say much more than that.

But Love did find more to say about that.

Love on “In Depth with Graham Bensinger”:

When you get to that point and it’s day after day being the same, you come to a point where the darkest moments come into play and suicidal thoughts come into play. And you start planning it out and what would be the route you would take. And those are really scary moments in my life.

I had a number of ways. The good thing that happens is when you do search that, it comes up with the national-suicide-prevention line. There was a couple ways that I toyed with, but it was just scary to get down that route and think about the idea of taking my own life. But it was something that crossed my mind pretty often, especially when you’re in a moment like that.

Did he ever attempt suicide? Love:

Does he still have suicidal thoughts? Love:

If you’ve been down that road – and I don’t know if whoever’s gonna watch this has had those thoughts before – I think it does cross your mind. And I’ve just learned to speak my truth, honestly. I’ve learned that nothing haunts us like the things we don’t say. So, me keeping that in is actually more harmful. So, I think that’s been the biggest and most helpful thing for me is exposing it, understanding that it is going to make me vulnerable and maybe put me in a spot where for most people it could be tough. But I know that there’s a whole group and strength in numbers out there of people that are dealing with it. And if we have more people that pay it forward – like we’ve seen across a number of sports, a number of walks of life – that’s going to be better.

It is good Love is sharing his experiences if for no other reason than he finds it therapeutic.

But he is helping far more than himself.

By revealing these details, Love is reducing the stigma around mental-health issues. He’s showing anyone with similar thoughts that it can get better. He’s normalizing that depression is an ongoing battle, not something cured and forgotten.

In this interview and beyond, Love is amplifying the National Suicide Prevention Lifeline (phone number: 1-800-273-8255), correcting antiquated thinking and working to expand resources.

Love is a great basketball player. This is his most important mission.

Kevin Love: I planned out suicide in 2012, still think about it originally appeared on NBCSports.com