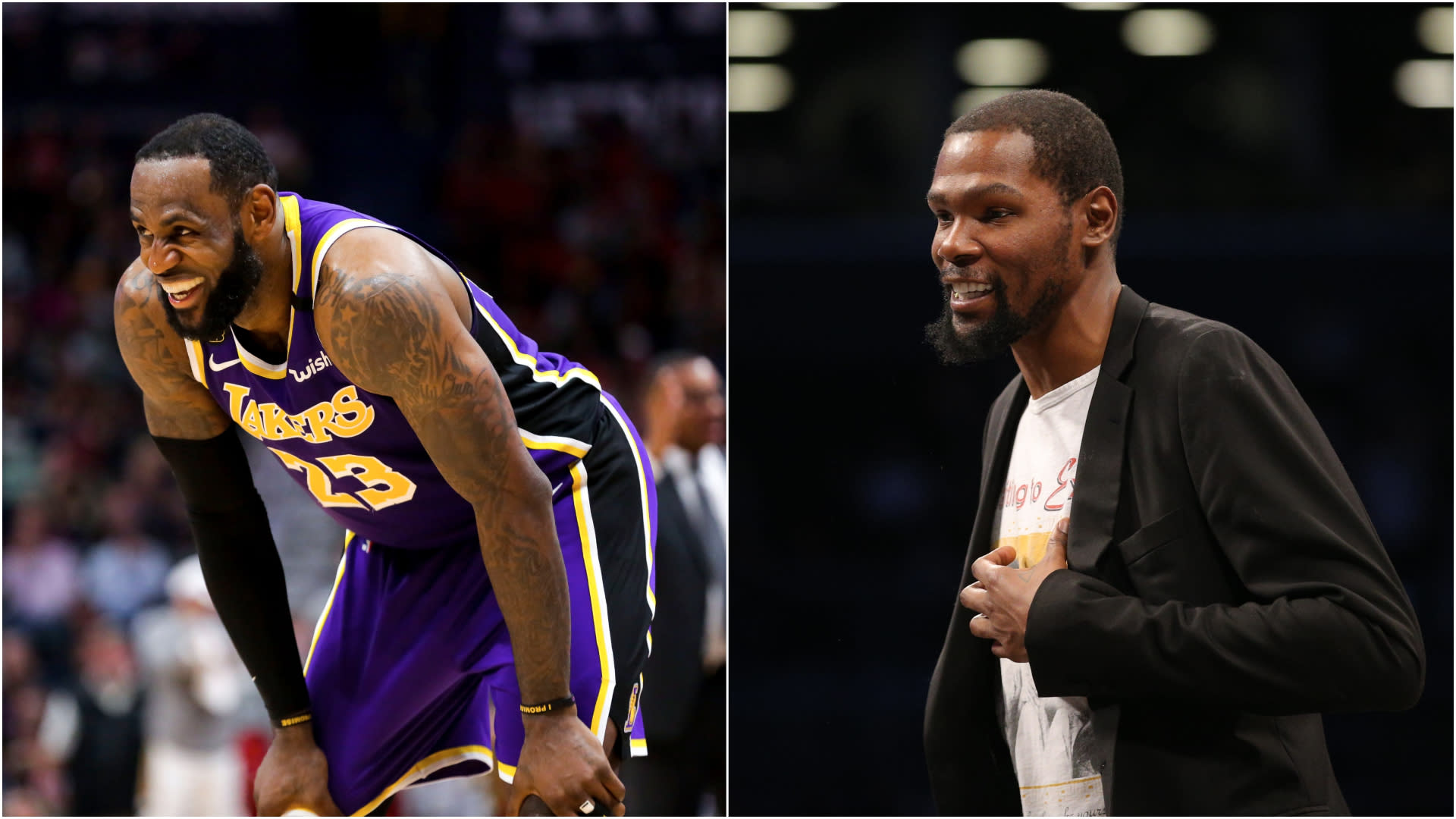 In the midst of the announcement that Washington will be referred to as the Washington Football Team for the 2020 season, plenty weighed in with how they felt about the name. That included NBA star, and Dallas Cowboys fan, LeBron James, who was not feeling the new label.

Just waking back up from my pregame nap to see about The Washington Football team??? 🤣🤣🤣🤣🤣🤣. Is that real?? No way! Oh man they had a thorough intense long board meeting about that one huh. 🥴🤦🏾‍♂️

That dig at Washington caught the attention of another NBA star who happens to be a supporter of the franchise: Kevin Durant. The Brooklyn Nets forward grew up in the DMV and has made his Washington fandom known in the past.

So, when he saw James going after his team, he had to chime in and voice his displeasure.

James then responded saying he meant to check in on Durant and see how he was doing but joked that he may need some time to cope with the recent news. Durant let him know that he’s fine and is actually excited about what’s to come.

RELATED: A LOOK AT THE NEW THREADS FOR WASHINGTON FOOTBALL TEAM

Durant had shown some support for the Red Wolves movement in the past but seems pleased with the direction the franchise is heading in. He also left ‘fire emojis’ on an Instagram post from @redskinstoday, which is a good thing.

Plenty of current Washington players were excited about the news, with Chase Young, Dwayne Haskins and others sharing photos of them sporting the new uniforms.