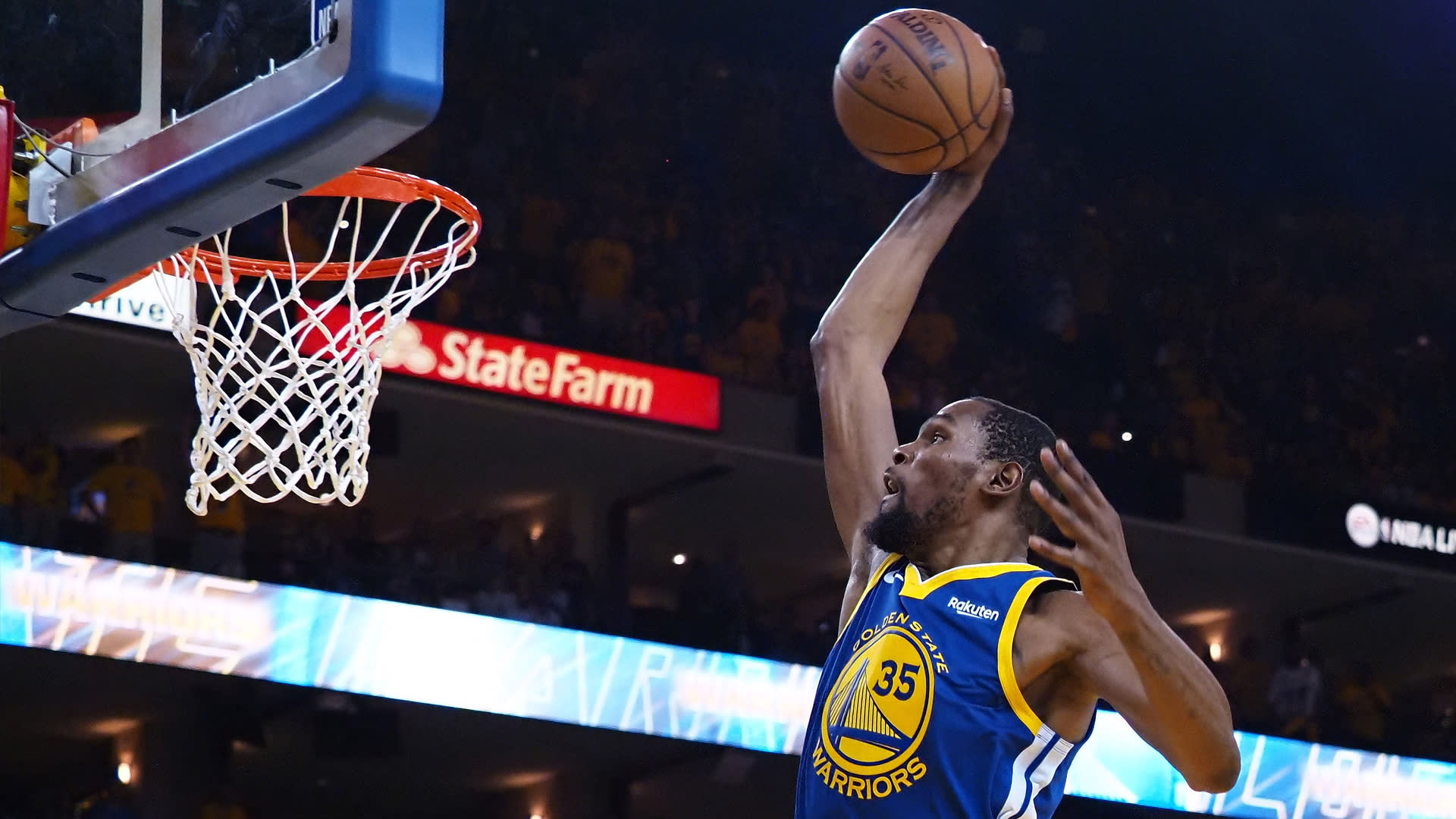 Kevin Durant announced he would join the Warriors four years ago Saturday, and he commemorated the anniversary just about how you’d expect.

Durant fired off some tweets.

The 31-year-old let an emoji and an image, respectfully, speak for himself in a pair of posts Saturday. Durant was all smiles in the first, responding to Bleacher Report’s video commemorating the anniversary of Durant writing in The Players Tribune that he’d join the Warriors for his «next chapter.»

Kevin Durant signed with Golden State on Independence Day in 2016

Four years later, the Slim Reaper is a back-to-back Finals MVP ready for a new chapter in Brooklyn 🔥 pic.twitter.com/yNnWNTY1cL

Durant won two NBA championships in four seasons with Golden State, but his short time in the Bay Area is a stretch many basketball fans would like to forget. For the better part of four years, Durant has heard — directly and indirectly — that he ruined the league by joining a team that went 73-9 without him in 2015-16. Durant didn’t have any time for a troll profanely suggesting he eat a cupcake this time around, and the Brooklyn Nets star trolled right back.

Warning: One of the below tweets contains NSFW language.

I know Durant is him, does him and chills, but I definitely didn’t expect that to entail that meme.

Durant is no stranger to feeding the trolls, and it’s probably fairer to say he dines with them, too. It’s not uncommon to see Durant engaging with fans, and even more common to see him converse with critics.

While Durant’s responses aren’t normally as simple as an emoji or a meme, that’s all he needed to tweet this July 4.