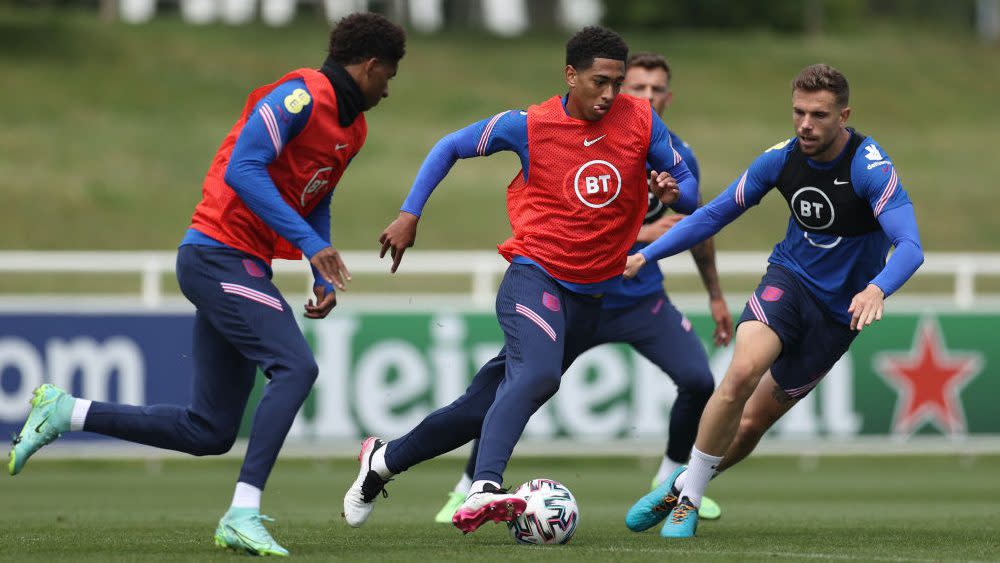 The roster that will likely seal England’s place in the 2022 World Cup has been revealed, with few changes as the Three Lions prepare to tangle with Albania and San Marino.

The strength of the Premier League means squad turnover is constant for the Three Lions, but the change from March’s World Cup qualifiers to now is not big.

In since then are Jack Grealish, Jordan Pickford, Aaron Ramsdale, and Tammy Abraham.

England has a three-point lead on second-place Poland and a five-point lead on Albania in Group I. The group winners qualify directly for Qatar 2022 and the runners-up go to the playoffs.

England beat Albania 2-0 away and San Marino 5-0 at home and even a surprise loss to Albania at Wembley would require Poland to win at Andorra and home to Hungary just to force tiebreakers (assuming a win at San Marino, who is 0-8 with one goal scored and 32 conceded).

Full roster after the jump.