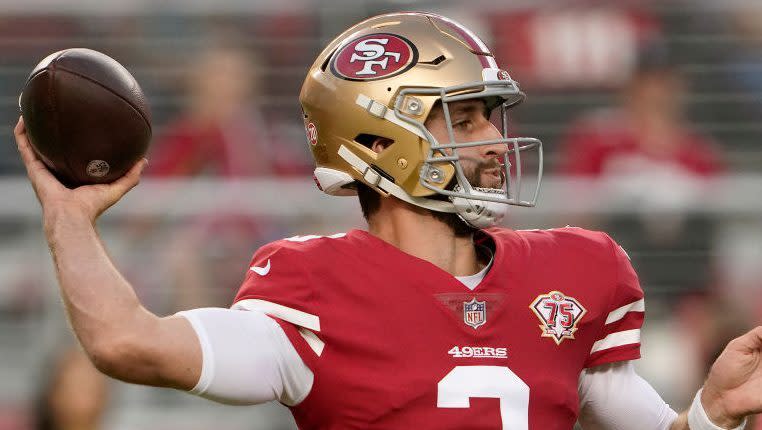 After the 49ers got rid of quarterback Josh Rosen, the rest of the NFL passed on him as well.

Rosen went unclaimed on waivers today, according to Field Yates of ESPN.

That makes the 24-year-old Rosen an unrestricted free agent, free to sign with any team, but at this point it’s entirely possible that no team would sign him to so much as a minimum-salary contract to be a third-string quarterback. He has now been on the Cardinals, Dolphins, Buccaneers and 49ers and has yet to show anything indicating he belongs in the NFL.

That’s a stunning fall for a player who was the 10th overall pick in the 2018 NFL draft. Rosen looked like he had a lot of potential while playing at UCLA, but it just hasn’t worked for him in the NFL. His pro football career may be over.