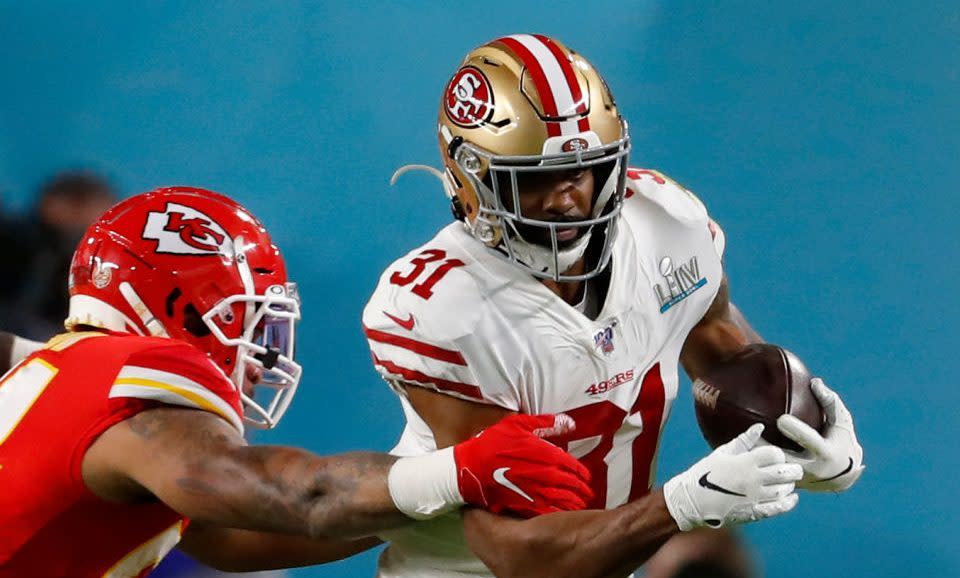 Raheem Mostert got what he wanted. The 49ers renegotiated his deal this week, giving him a signing bonus and incentives that could double his salary of $2.875 million in 2020.

But the way the running back went about it didn’t necessarily thrill the 49ers.

Mostert went public with a trade request through his agent in early July.

“My reaction was, ‘What the heck are you doing? C’mon now,’” Lynch said this week on KNBR, via Eric Branch of the San Francisco Chronicle. “I was not happy.”

Everyone is good now.

Mostert presumably is happy with the compromise, getting more money a year after signing a three-year extension. The 49ers presumably will have a happy Mostert, who had a breakout season in 2020.

“Now, I love Raheem and I love his family,” Lynch said. “It’s sometimes frustrating during these [negotiations]. But I was a player, so I understand that you don’t talk directly with a player. You’re talking with an agent.

“And sometimes I think because of that there can be things lost in communication. What we ultimately did [in revising his contract], we always planned on doing, so it’s frustrating that that did have to transpire. But cooler heads had to prevail, and we had to understand that Raheem is a very important player to our team.”